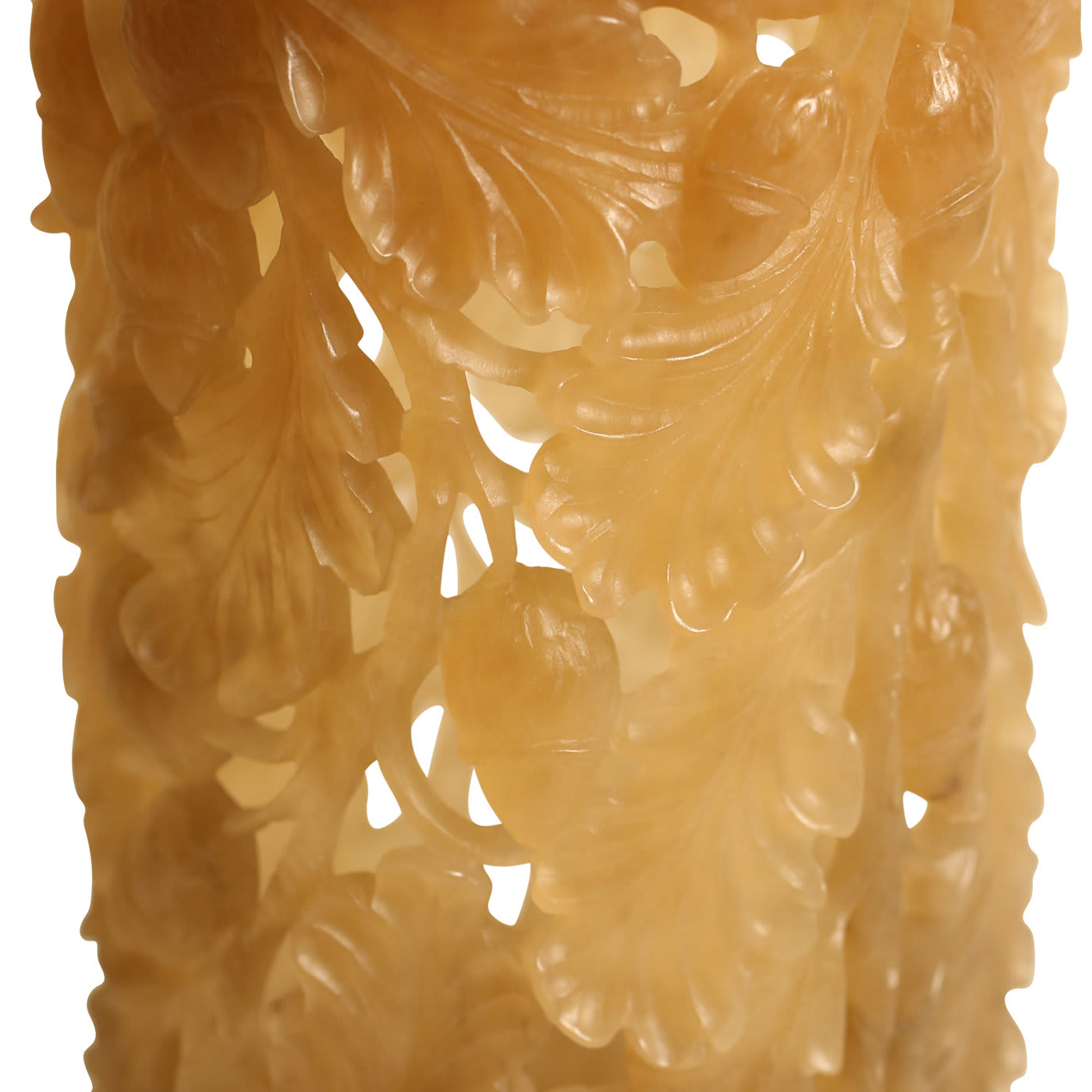 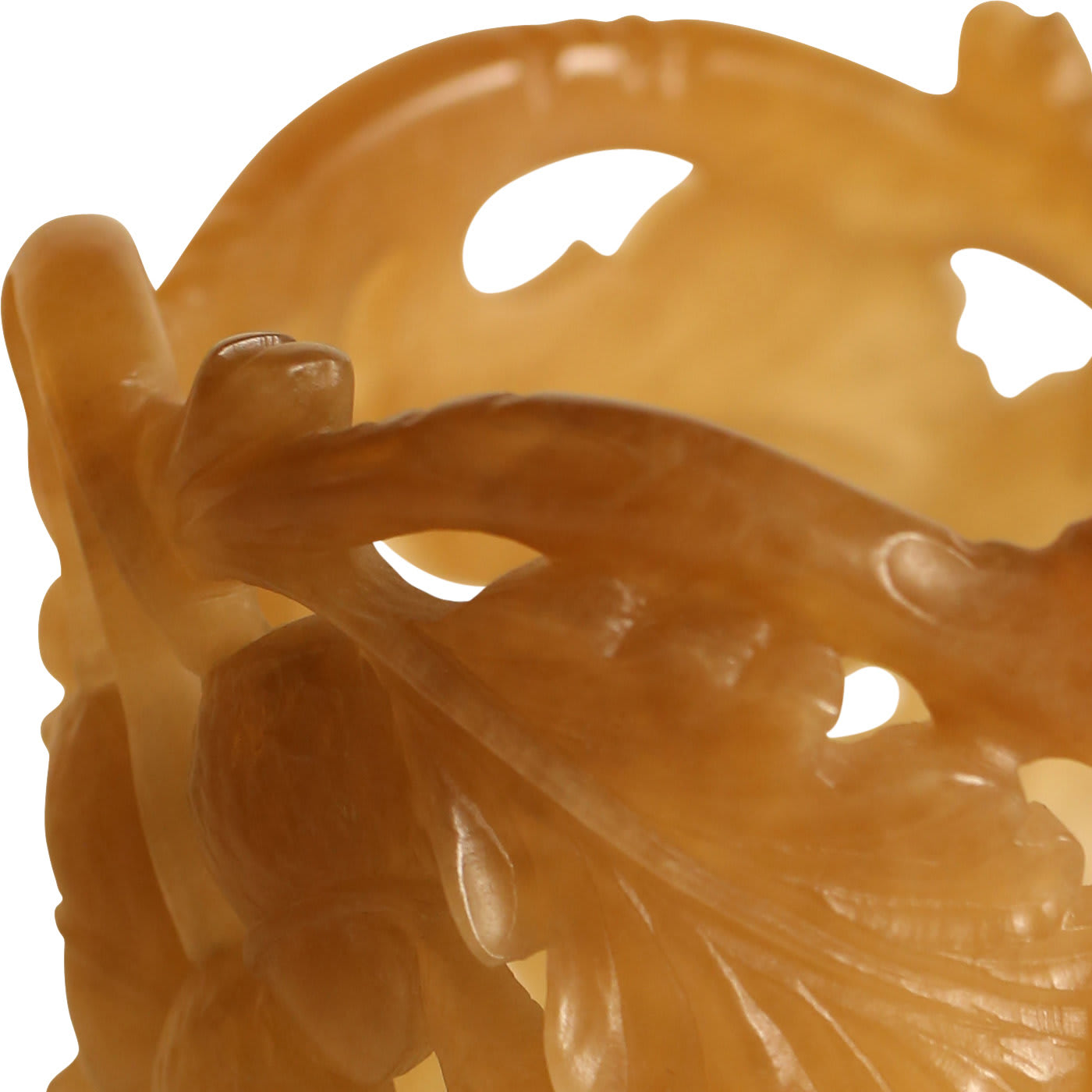 One-off ornamental vase in alabaster by artisan Gloria Giannelli. The acorn and oak leaf motif was hand-drawn and perforated by the artist. The piece comes from a single alabaster block, which after being sculpted by hand, is polished using traditional techniques.

• Handcrafted for you, ships in 8-9 weeks
• Shipping to United States:
• Changed your mind? Read our return policy 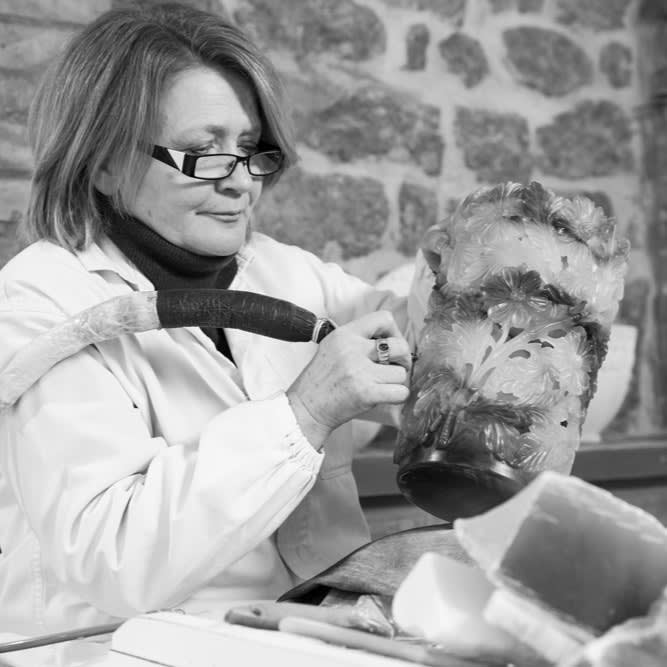 Gloria Giannelli is well-known for the peculiar feminine touch she gives to her alabaster creations. She featured in several international magazines thanks to the elegance of her elaborated fretworks and trimmings. Throughout her prestigious career, Giannelli was awarded several times. She won the “Gremigni Award”, participated to the German prize for young artists "Jugend Gesteldet" and represented Tuscany in international expositions in China and Japan. Yet, she still keeps working in her workshop in Volterra, the famous ancient town perched among the Tuscan hills.
View Gloria Giannelli