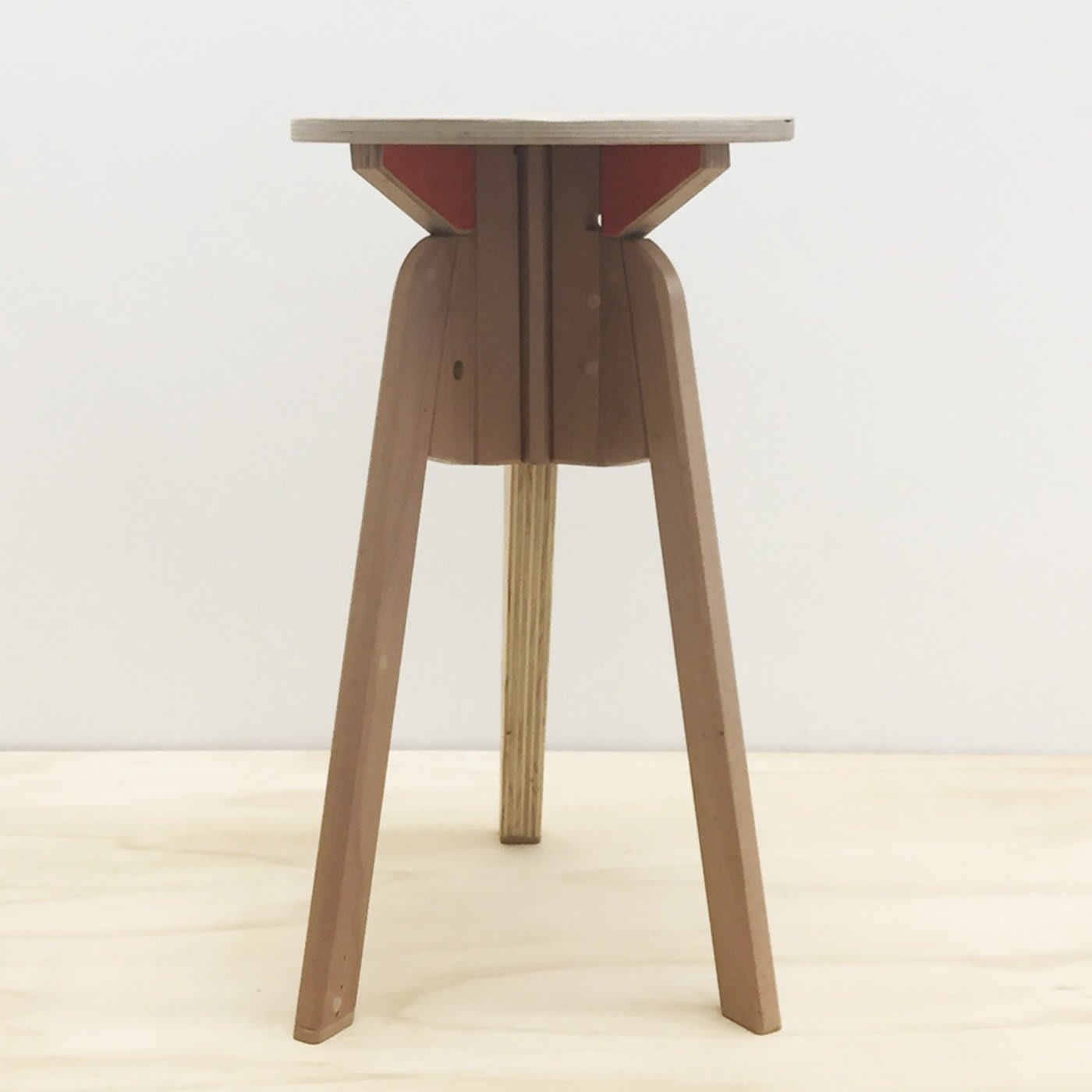 Part of the LW series, this striking stool is made in larch wood and solid wenge wood with a triangular top in multi-layer birch wood that is pierced in the center by a triangular hole. This decoration mirrors a bottom element also in the same shape, on which the three legs converge continuing the geometrical theme. Modern and featuring a subtle elegance, this piece can be displayed alone or used with others from the same collection for a more dynamic effect.

• Handcrafted for you, ships in 5-6 weeks
• Shipping to United States: (Curbside)
• White glove or special needs?
• Changed your mind? Read our return policy

After studying literature in Bologna and Parma, Mauro Sargiani started working at Elefante Rosso, a historic artistic printing workshop in Piacenza. Following an eclectic phase when he pursued his passions for movies and literature, in 1994 he built his first table with his newly created company, Elefante Rosso Produzioni. Since then, his works have appeared at the Triennale di Milano in 2011, at Milan's Fuorisalone in 2017 and, with a permanent collection on display, at the Museo Internazionale di Arti Applicate Oggi, in Turin.
View Elefante Rosso Produzioni