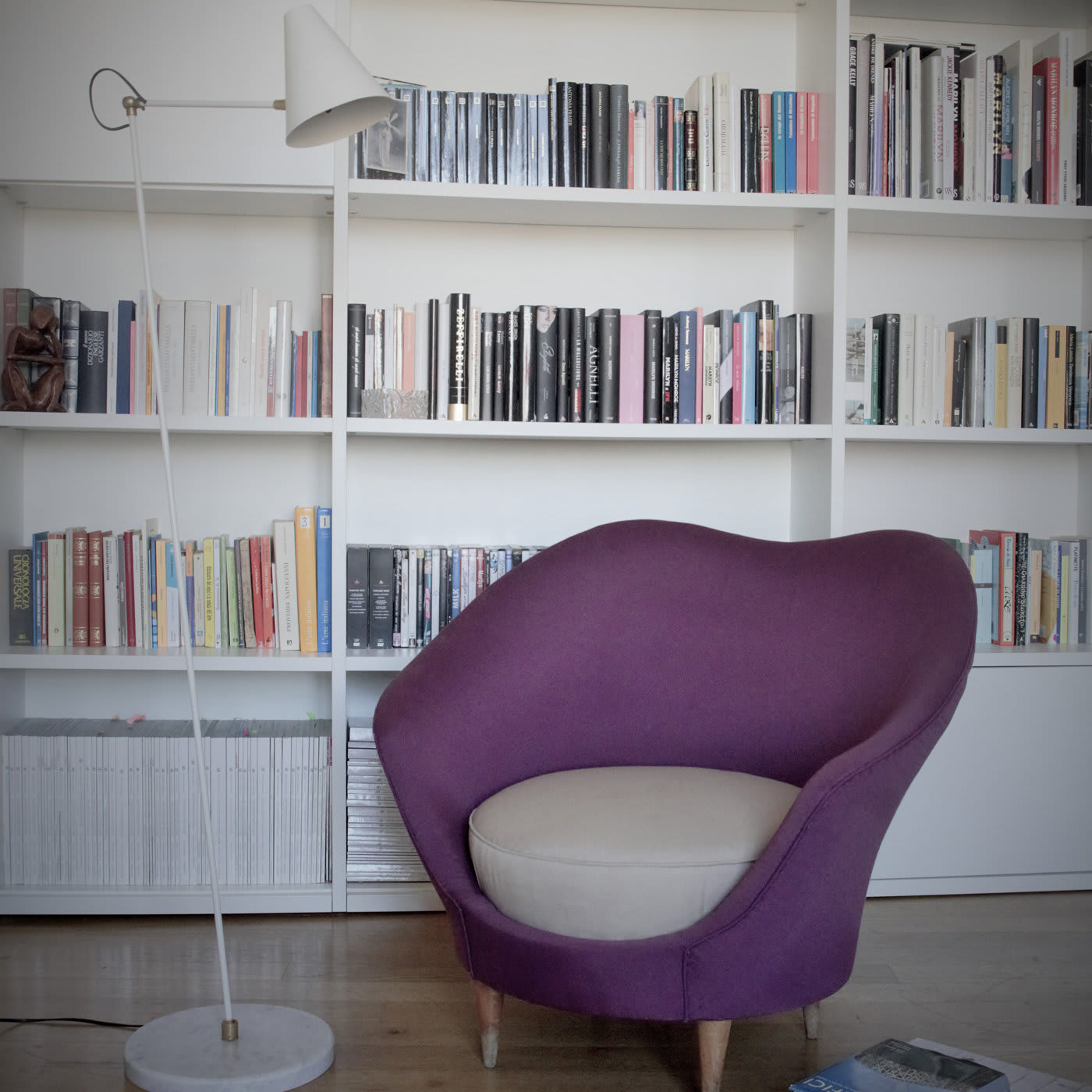 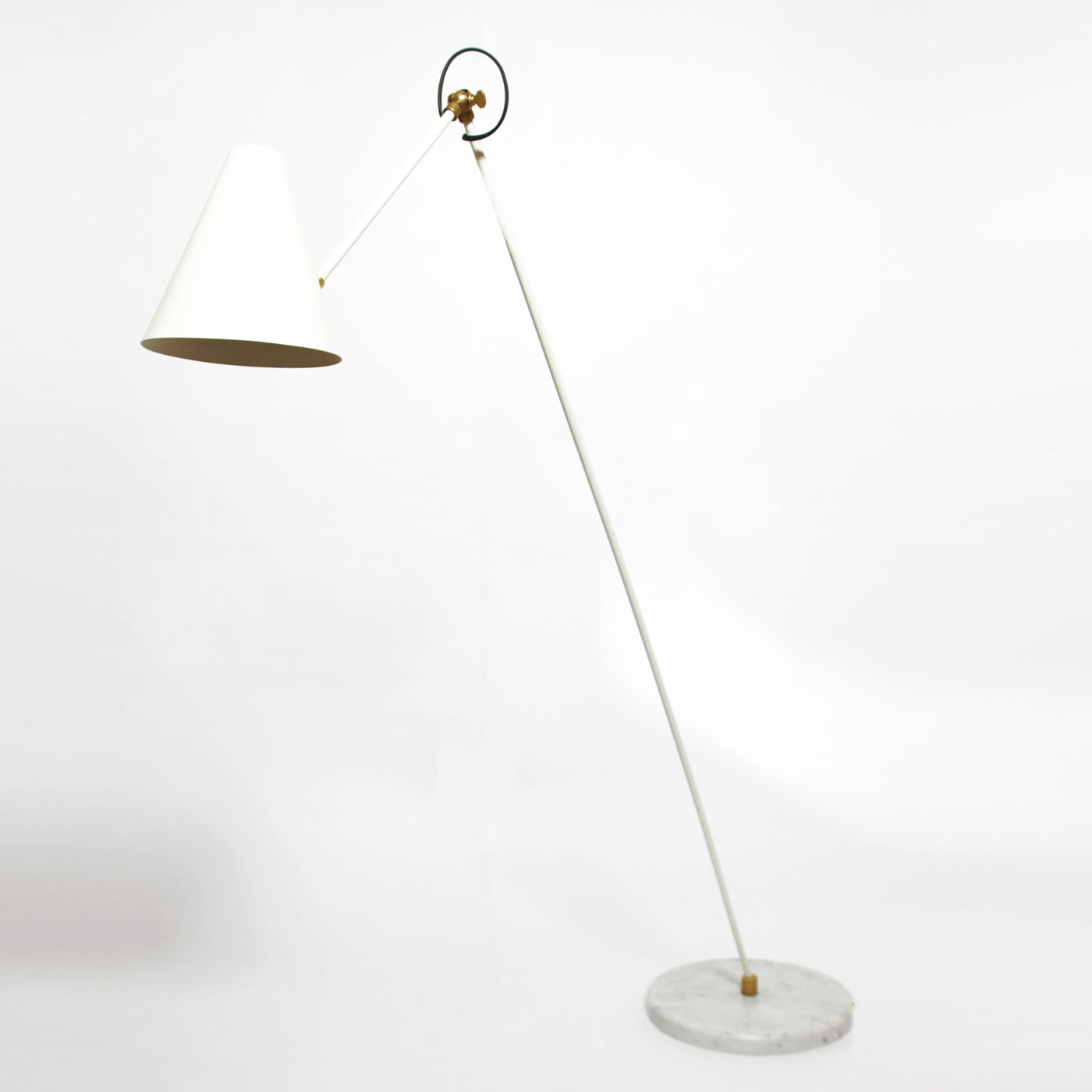 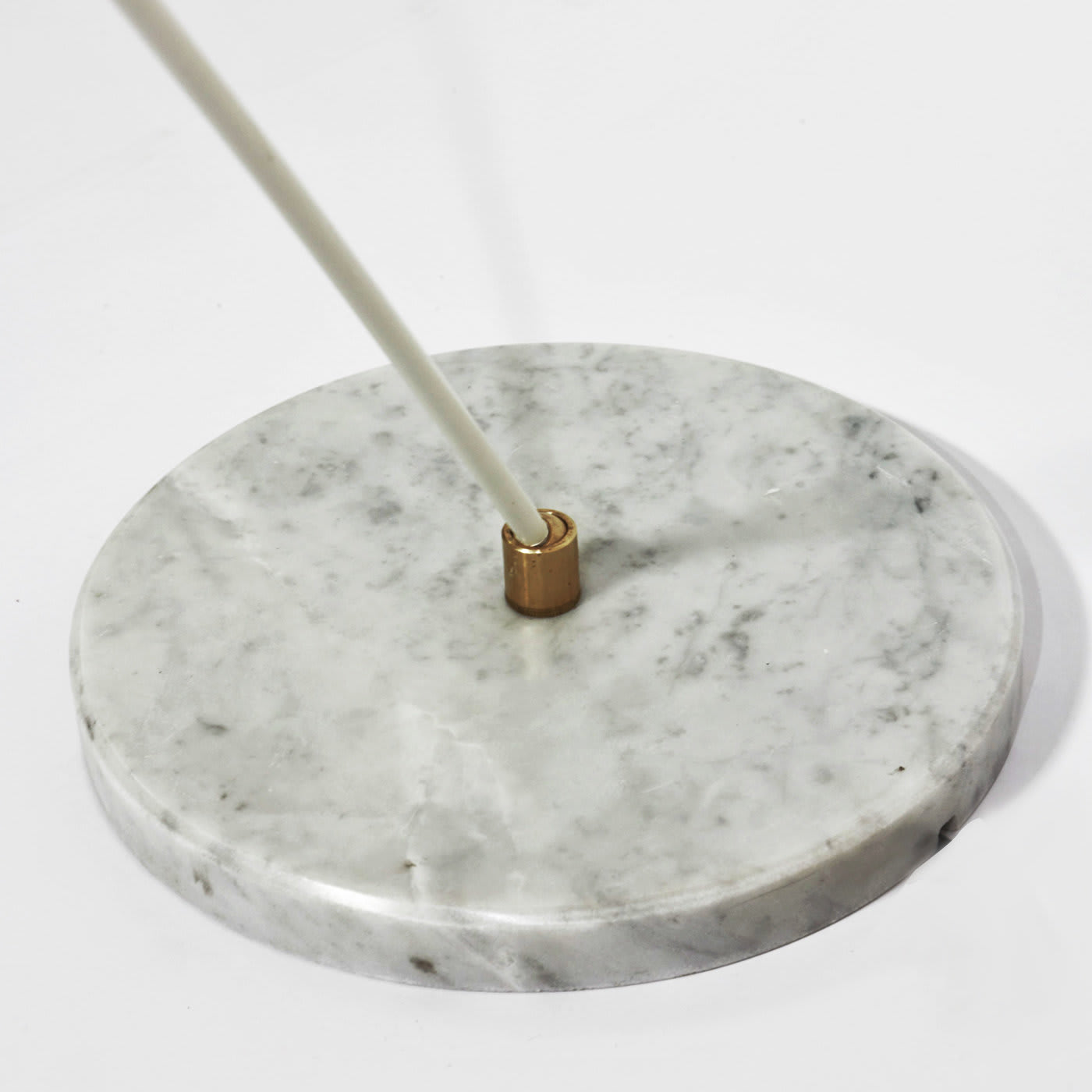 A lampshade of white enameled aluminum upon a slender structure with a satin Carrara marble base. In this signature design by Tubo Luce, the central rod swivels 360°, while the adjustable height and 90° range of the articulated joint on the upper rod imbues the piece with elegant versatility. 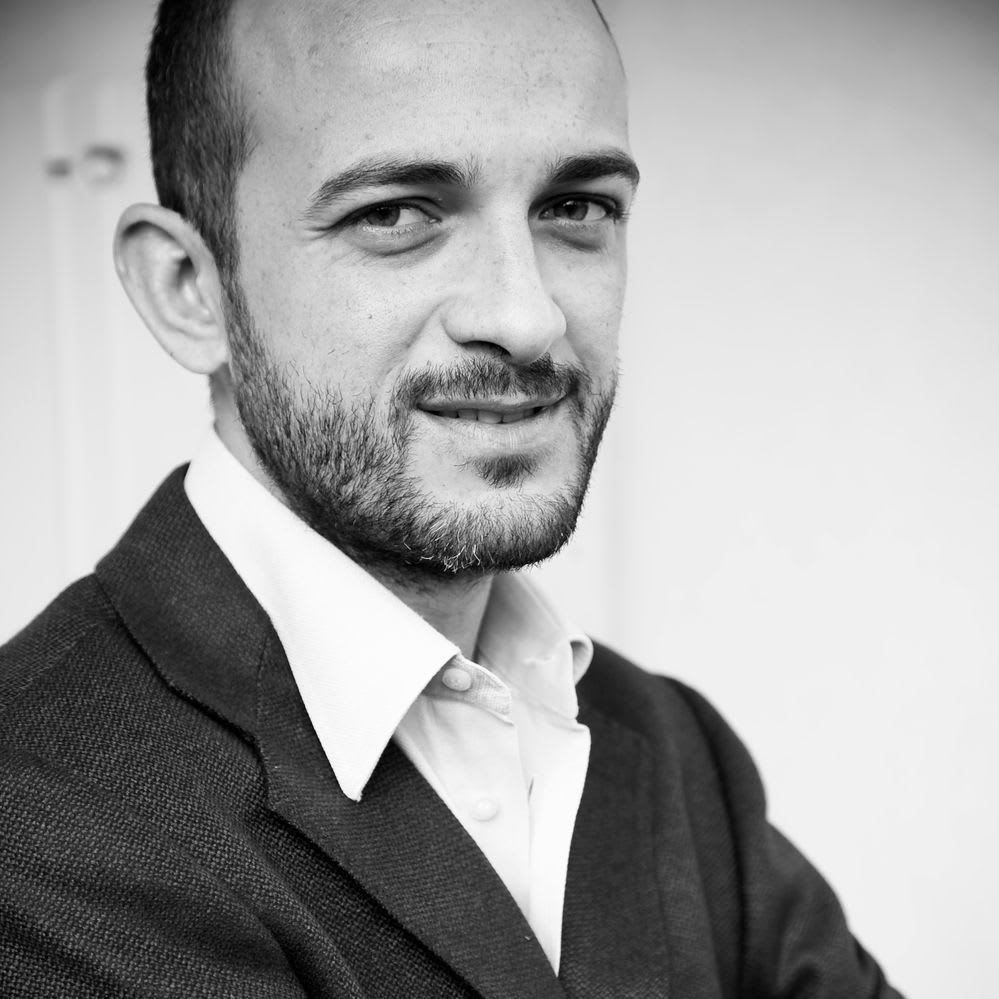 Massimo Carnemolla was born and raised in Noto, a world heritage town in Sicily. After studying architecture in Rome and working in France and the Netherlands, he moved back to his hometown. For some years, Massimo worked as interior designer, but in 2013 he founded his own lighting brand, Tubo Luce. Inspired by Noto’s thick white bricks, he starts making thin luminous structures in brass and aluminum. Stone and light meet in his “Slim” collection, while the series "Lampara Baloom" is inspired by the life of fishermen who go out at sea during night time.
View Tubo Luce