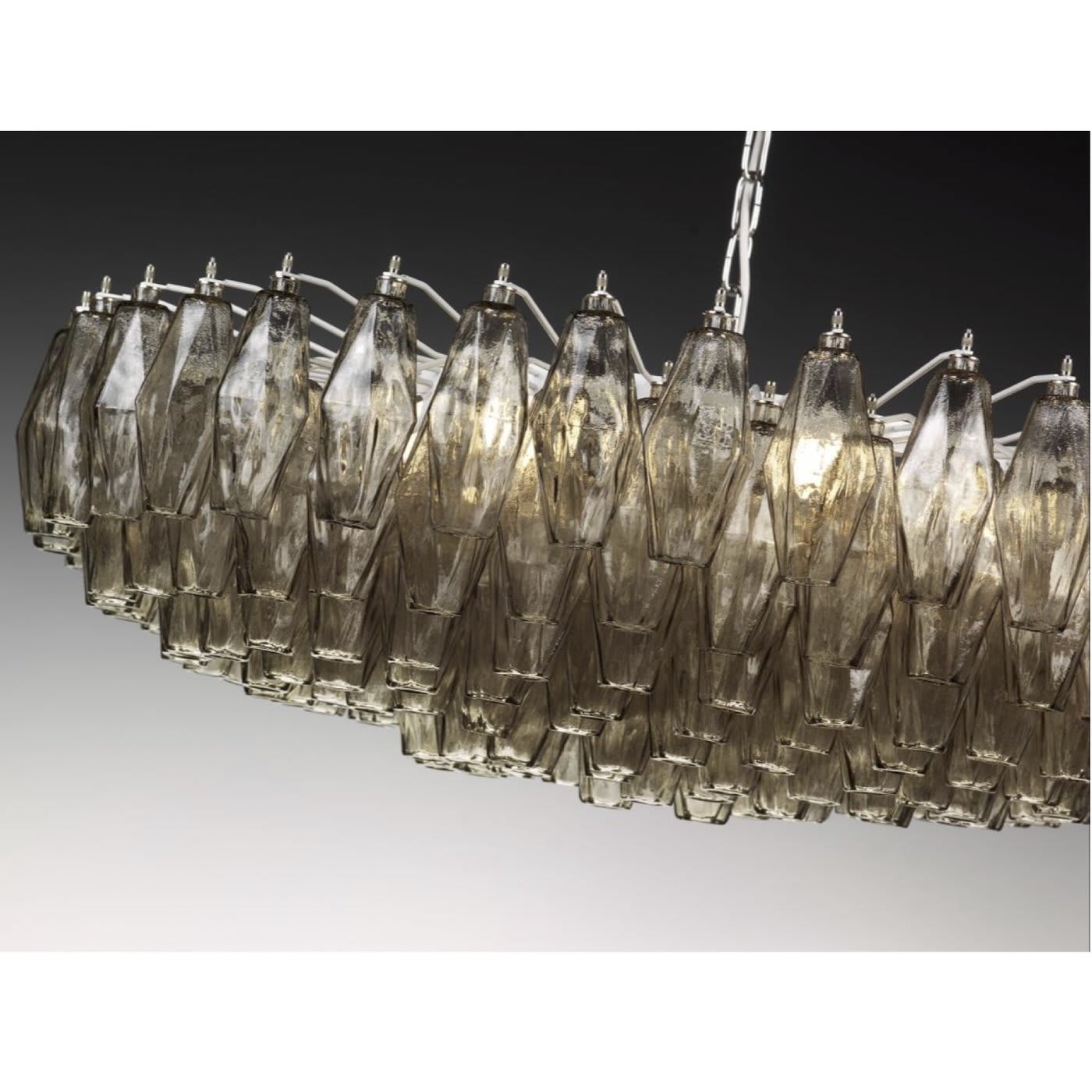 Part of the Poliedri collection, this stunning chandelier is a lavish and exquisite piece of functional decor that will illuminate a large dining room, a living room, or an entryway creating a stunning ambiance. Its Round shape features a ring in metal with a chrome finish and six bulbs, surrounded by 183 polyhedrons in Murano glass. It requires 6 x E27 lightbulbs (E26 for 110V).
This elegant and timeless piece was designed by master glassmaker Alberto Donà and entirely crafted in Murano using centuries-old traditions.

• Handcrafted for you, ships in 17-18 weeks
• Shipping to United States: (Curbside)
• White glove or special needs?
• Changed your mind? Read our return policy 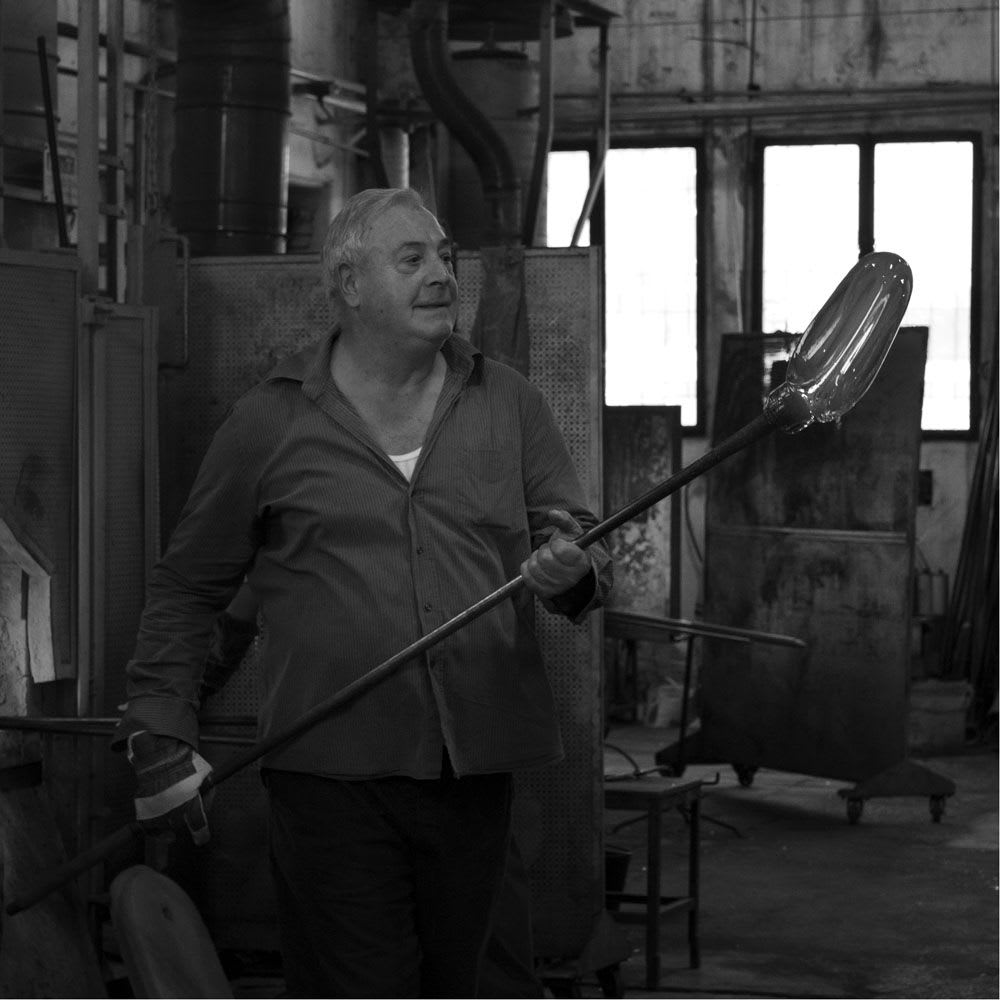 Alberto Donà was born in Venice in 1944. He began working in the field of glass at the age of 13. He perfected his skills working with many masters and was heavily influenced by his experience at Nane Ferro, known in Murano as one of the best glass workshops in the world. In the 70s Donà opened his own workshop where he became known for his unique ability to invent colors in glass never before seen, as well as his use of innovative forms. Donà 's works have attracted attention from major companies and they have also been exhibited all over the world.
View Alberto Donà