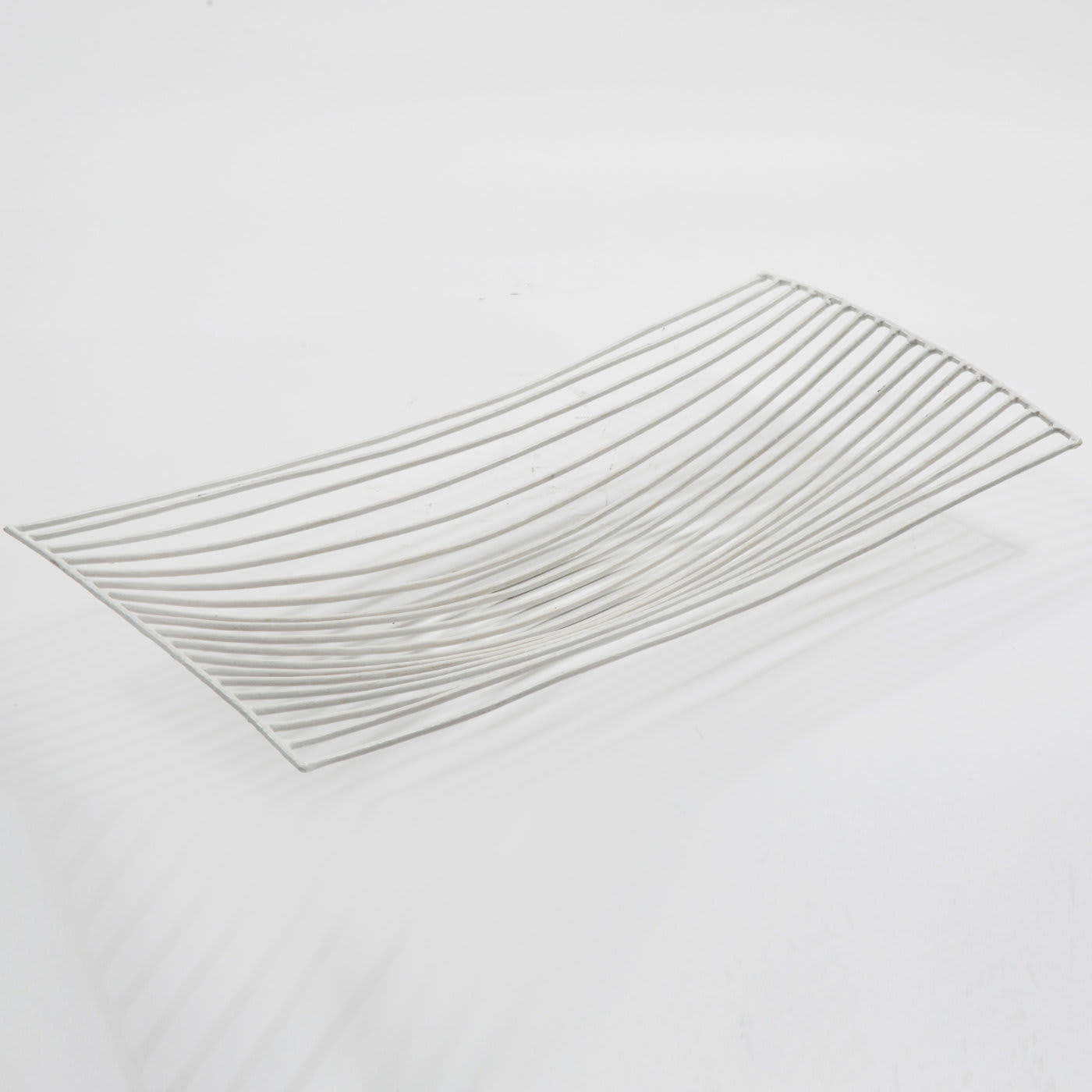 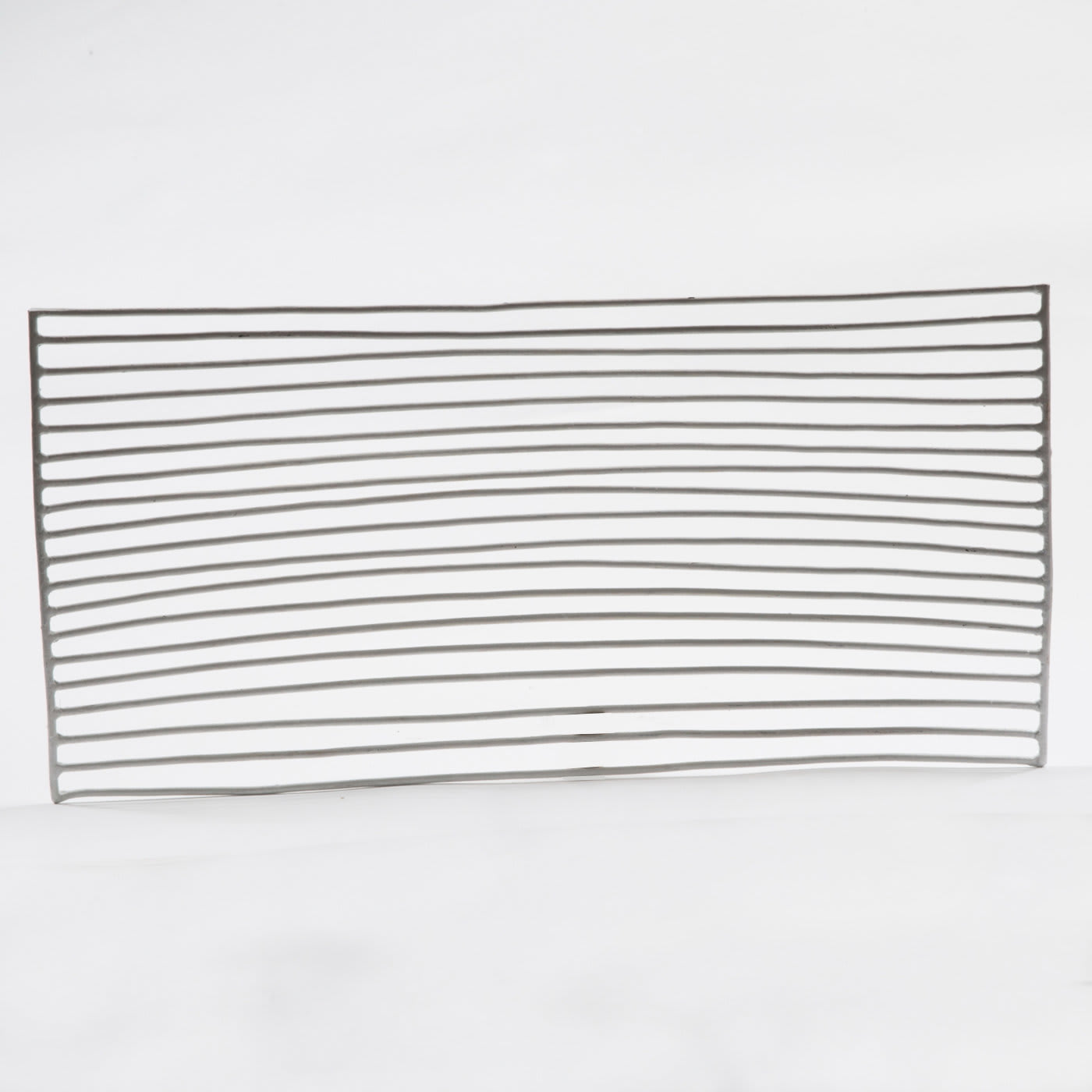 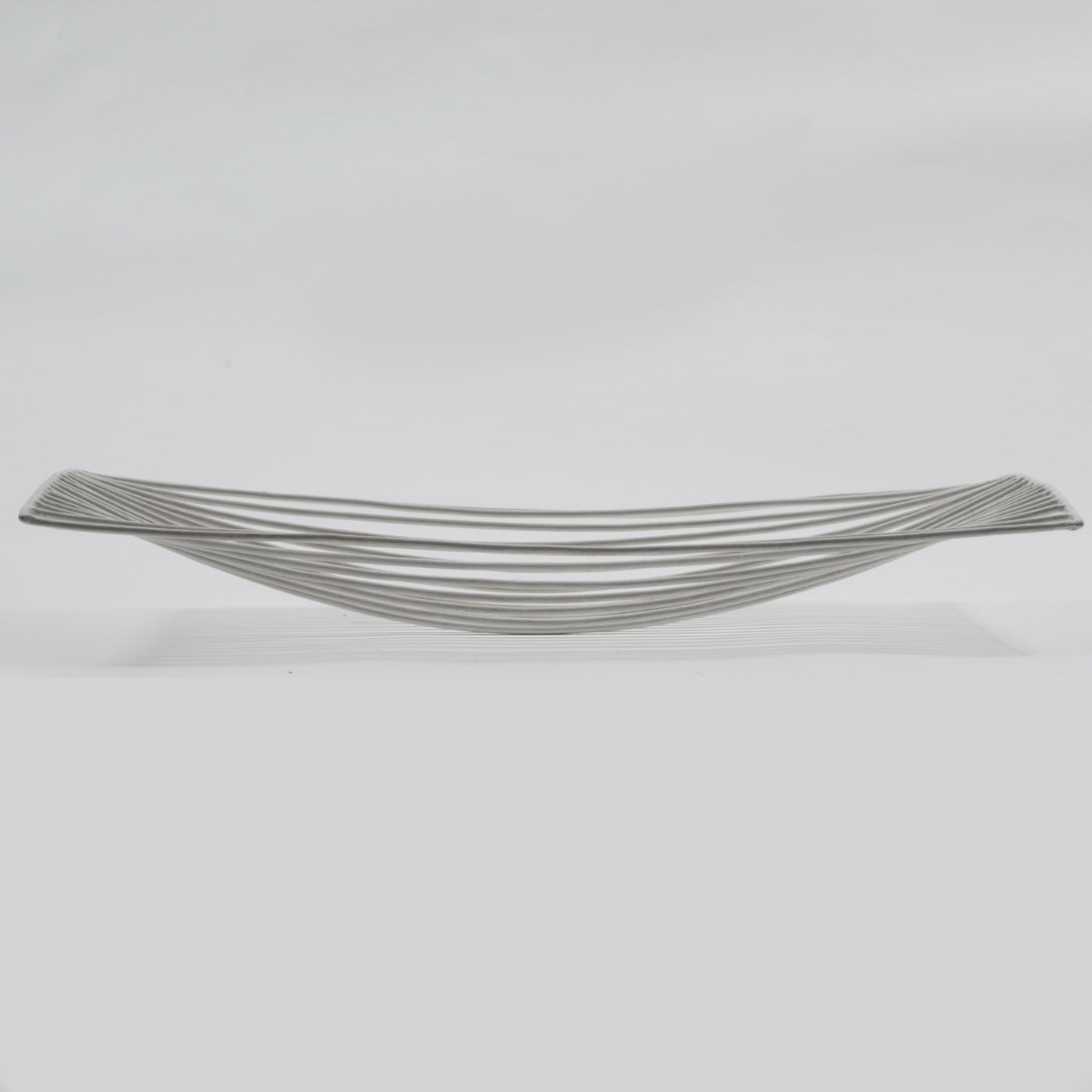 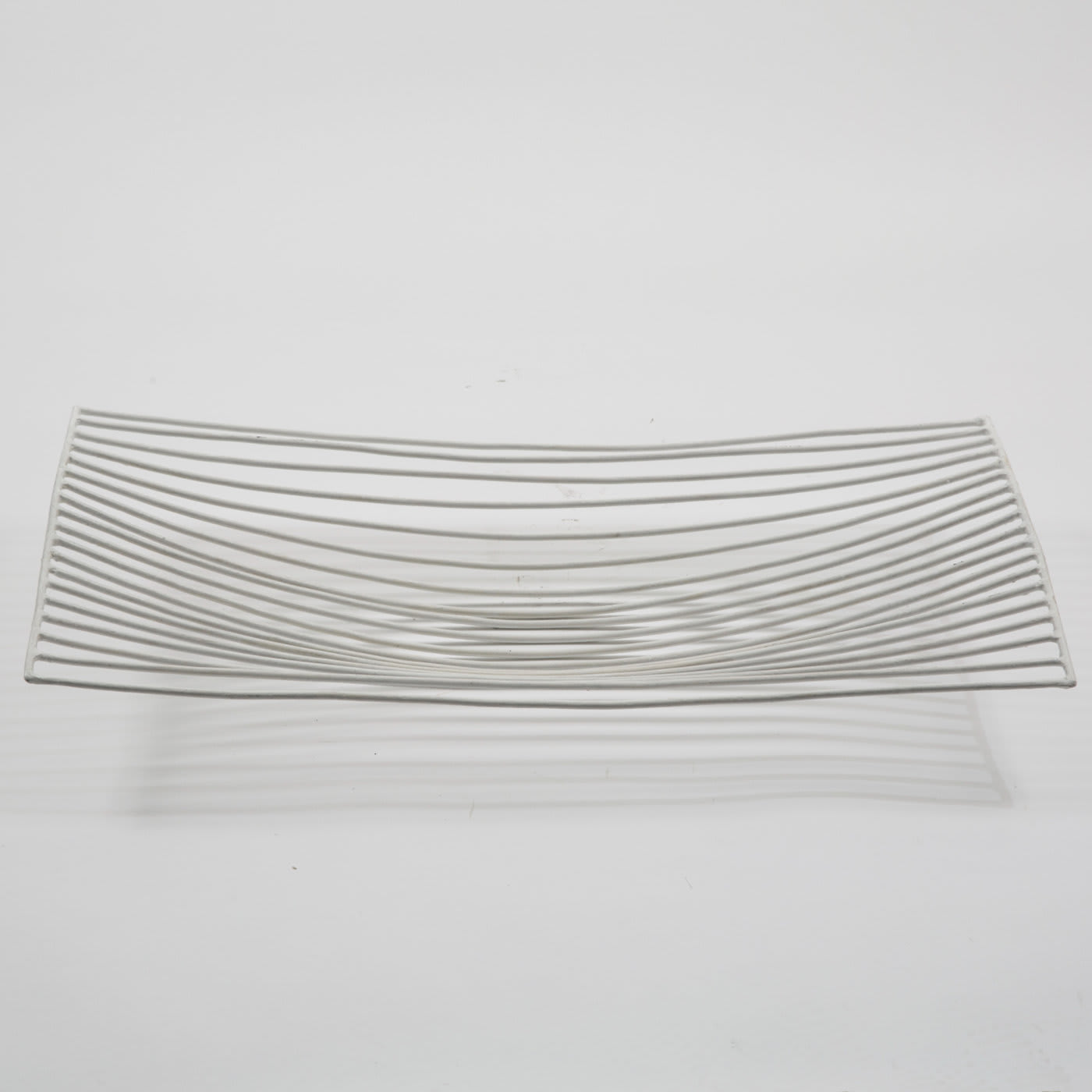 Tasteful rectangular white tray made of galvanised iron wire (a pliable material that Sciortino most loves). The edge is crossed by parallel bars that remain straight on either longer end and bend into a concave bottom in the middle. Occasional maintenance is advised with furniture wax.

• Handcrafted for you, ships in 3-4 weeks
• Shipping to United States:
• Changed your mind? Read our return policy

Antonino Sciortino, versatile Sicilian artist, infuses a minimalist baroque style into his metalwork, amalgamating the ethereal inspiration of dance with the maritime influence of his hometown of Bagheria. As a child, he learnt the technique of ironworking at his brother's workshop, but his love for dance pushed him to pursue a career in television, in Rome, where he became a dancer. The call of manual art returned in 2003, when he moved to Milan where, supported by the “Compagnia del Giardino,” he opened his own workshop.
View Antonino Sciortino