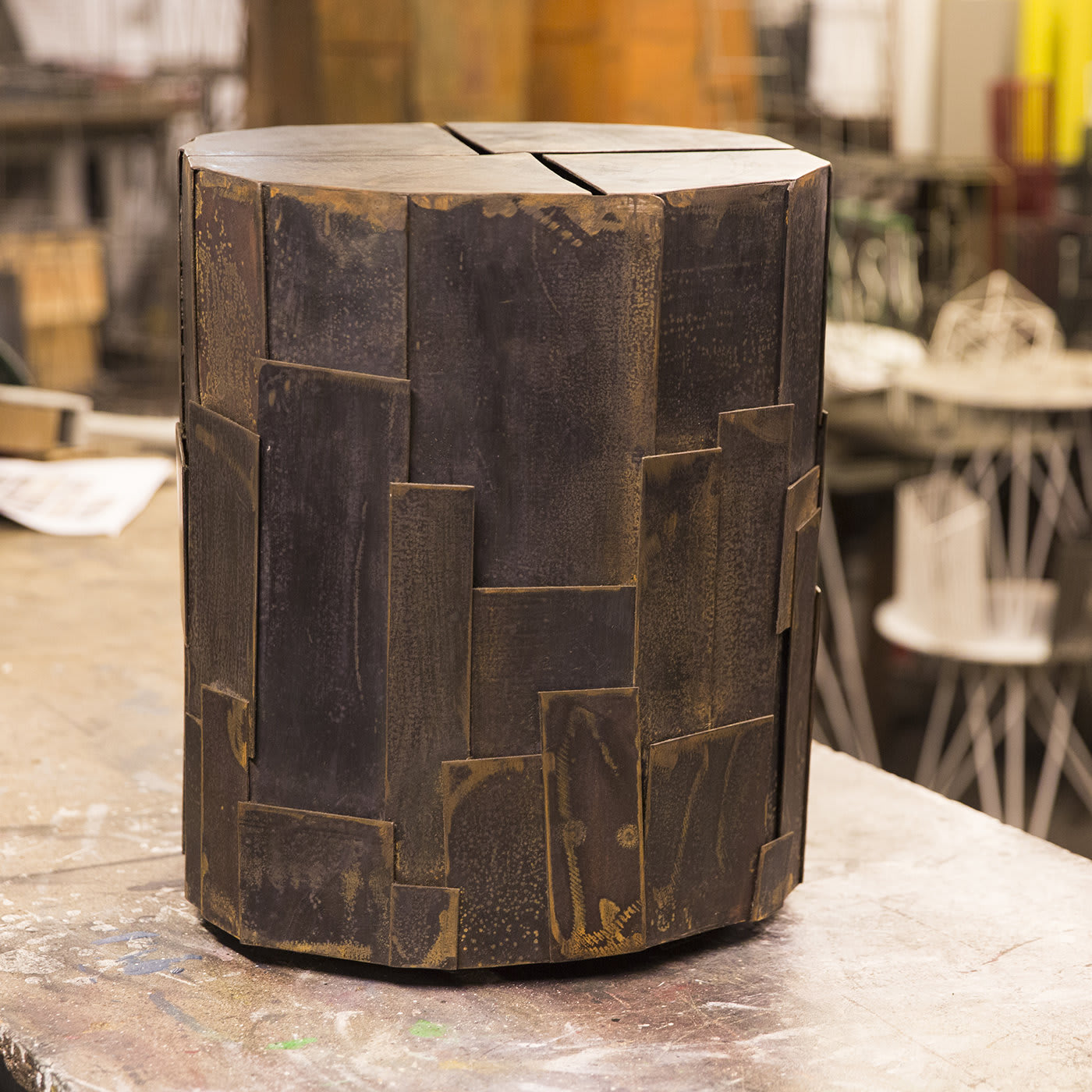 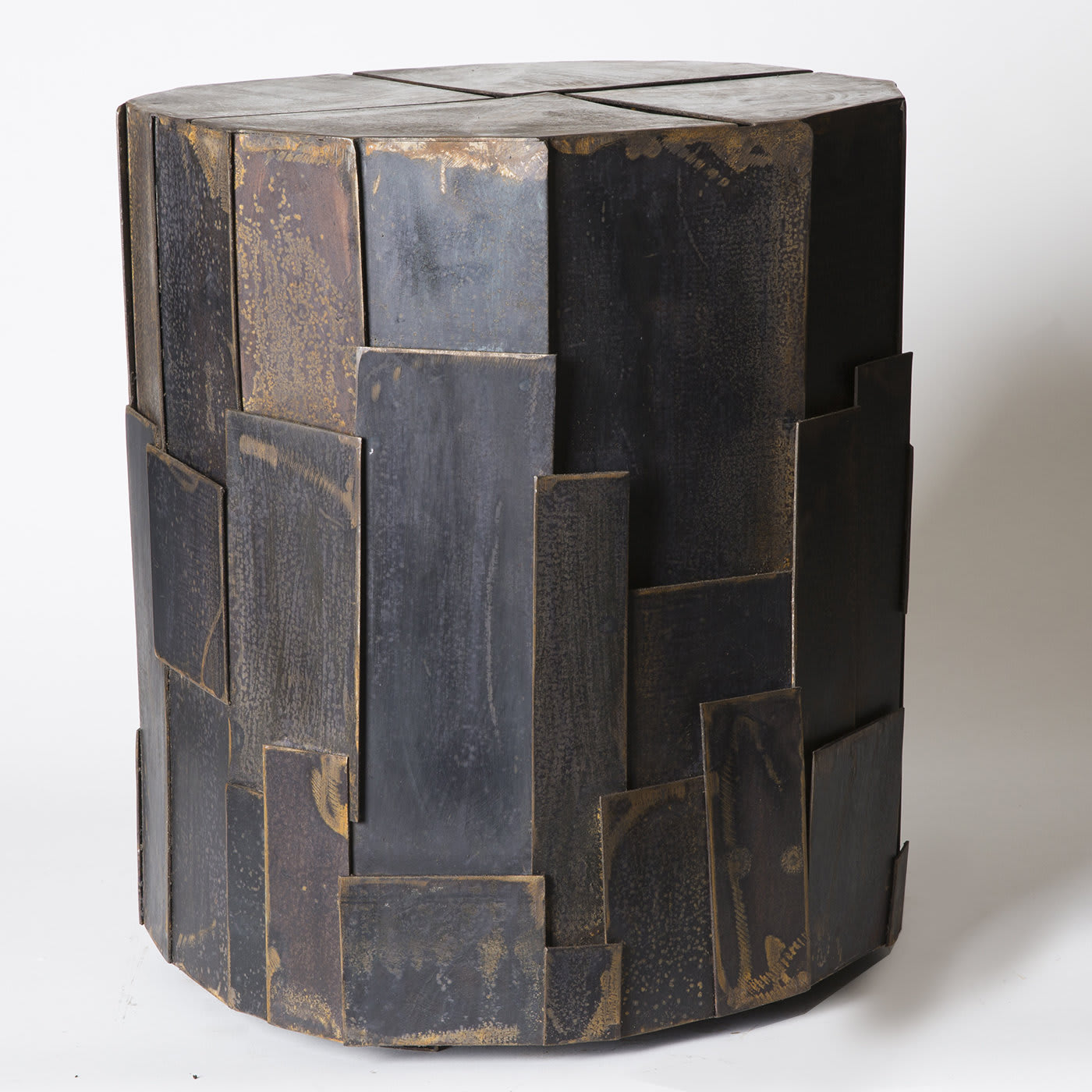 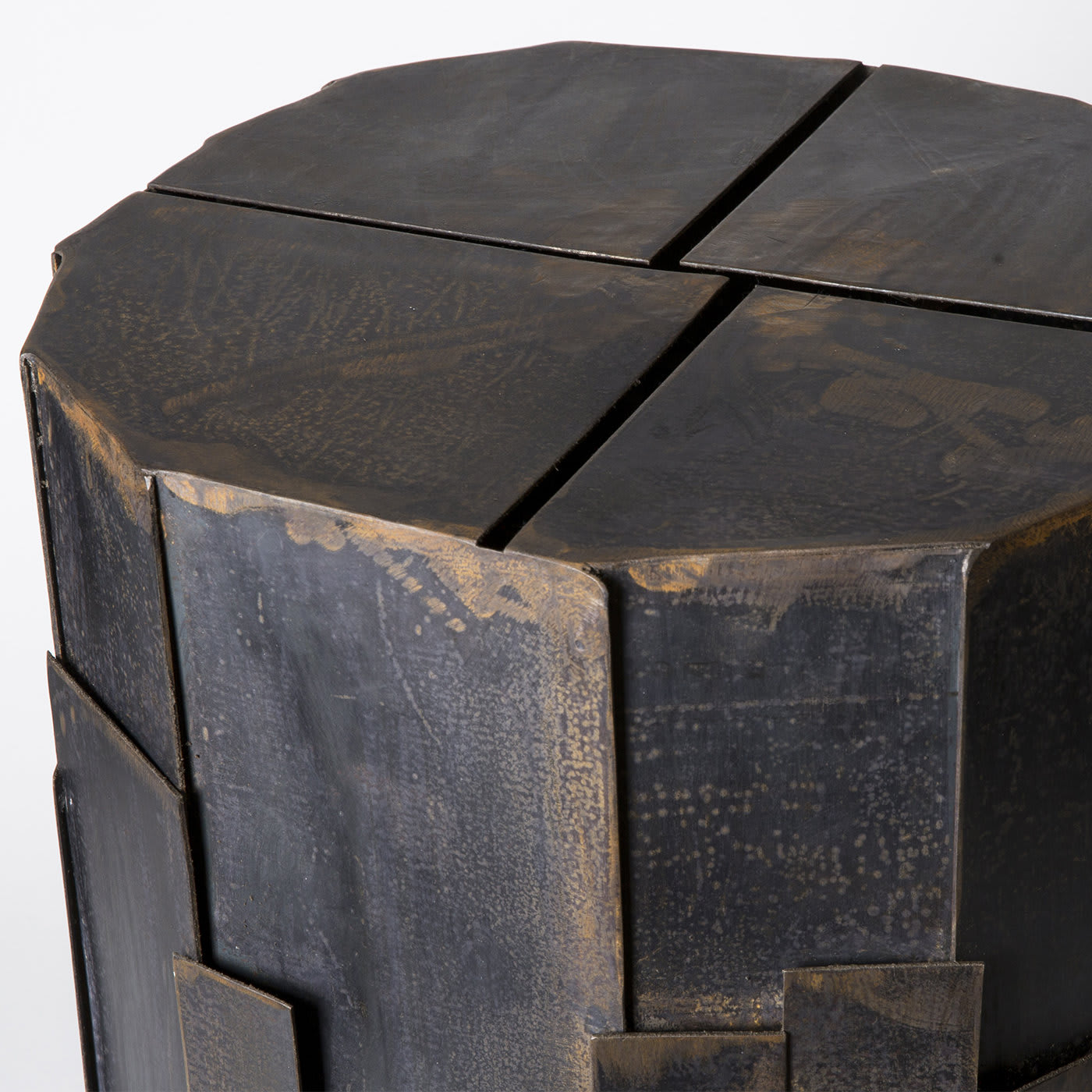 Sculptural side table in treated iron sheet by Sciortino. The metalwork is painted black, with a rough finish that lends the work an air of industrial. Measurements and finish may vary slightly due to the artistic nature of Sciortino's production.

• Handcrafted for you, ships in 3-4 weeks
• Shipping to United States: (Curbside)
• White glove or special needs?
• Changed your mind? Read our return policy

Antonino Sciortino, versatile Sicilian artist, infuses a minimalist baroque style into his metalwork, amalgamating the ethereal inspiration of dance with the maritime influence of his hometown of Bagheria. As a child, he learnt the technique of ironworking at his brother's workshop, but his love for dance pushed him to pursue a career in television, in Rome, where he became a dancer. The call of manual art returned in 2003, when he moved to Milan where, supported by the “Compagnia del Giardino,” he opened his own workshop.
View Antonino Sciortino