The World of Italian Ceramics 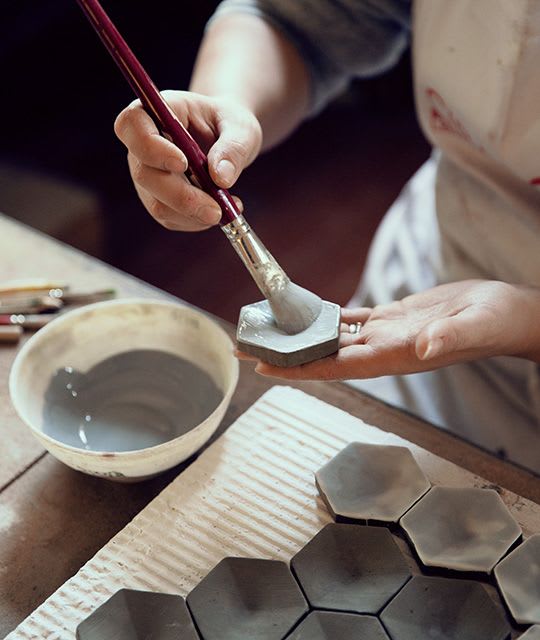 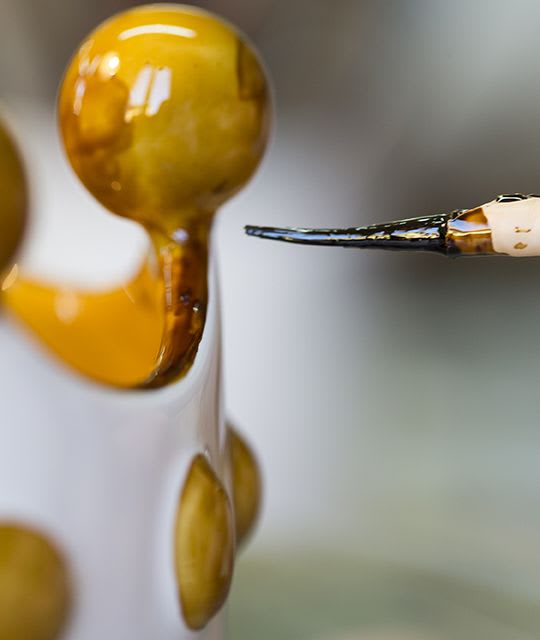 Discover the beautiful world of Italian ceramics. Artemest walks you through a unique journey between tradition and contemporary ceramics: from splendid Maiolica vases created by talented masters in their local artisanal workshops, to innovative pieces designed by world renowned designers.

Having a long history and a rich ceramic tradition, the Italian ceramics production is one of the world's most important ones. Handmade and hand-painted, each creation is truly unique and representative of a specific tradition. As artistic expression that has been fundamental in Italian culture, pottery is today an important proof of unique heritage and traditions that are handed down from generation to generation. 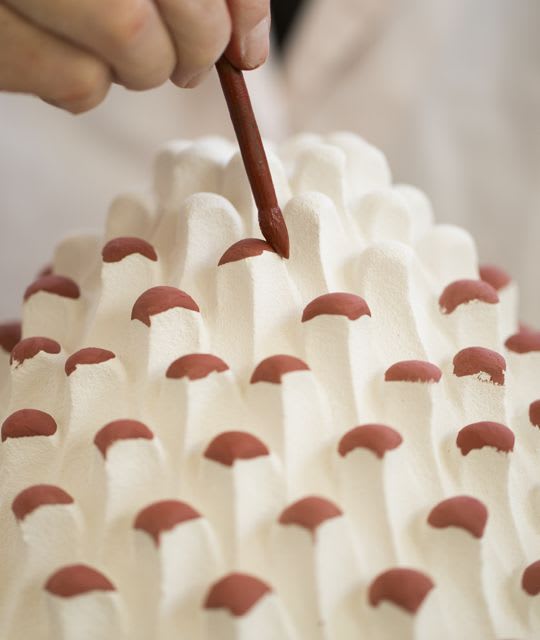 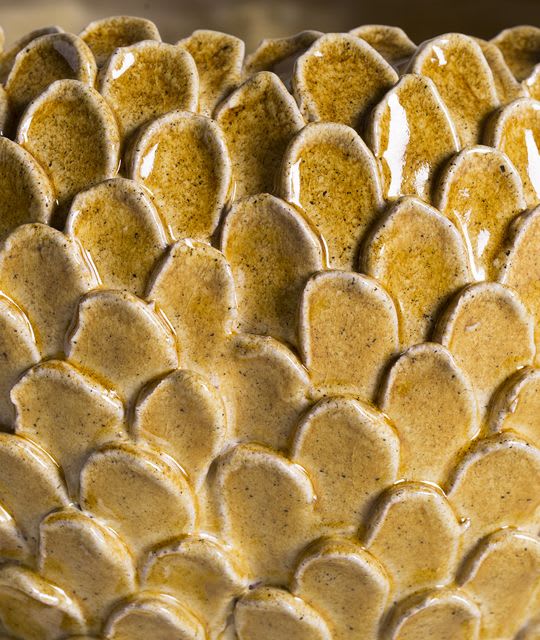 Be inspired by our curated collections focused on the various and incredible expressions of Italian ceramics. Discover the fascinating legend behind the poetic Sicilian Moro Heads, whose origins date back to the domination of the Moors, when the Sicilians learned the art of pottery to create splendid objects entirely handmade and hand painted; browse through the beautiful creations of the inspiring Tuscan tradition, where exquisite plates, bowls, trays and centerpieces are characterized by the unique majolica and its vibrant and unique colors; discover the colorful tiles created in a little town of the Amalfi coast, where tradition and craftsmanship are kept alive by historical workshops and masters of unparalleled talent, or the contemporary tiles designed in Milan by internationally renowned designers; let yourself be charmed by the strong identity of ceramic vases, bottles and sculptures defined by strong graphic designs and uncommon shapes created by talented Italian ceramists. 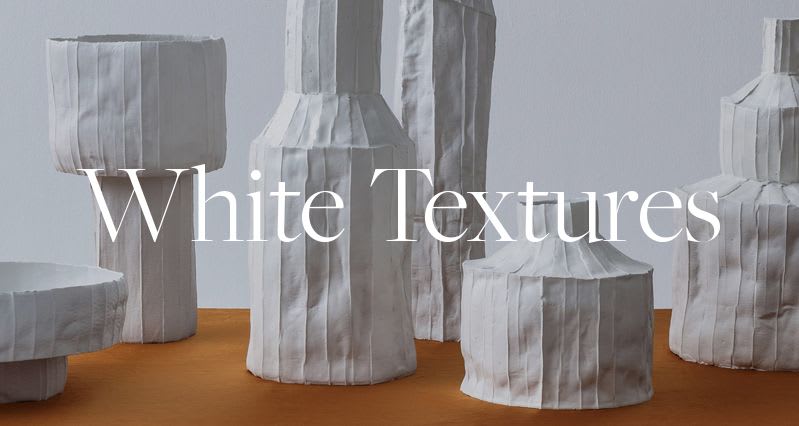 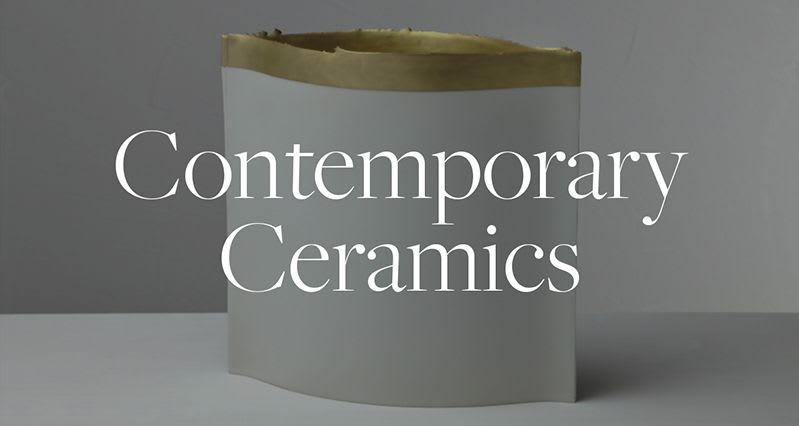 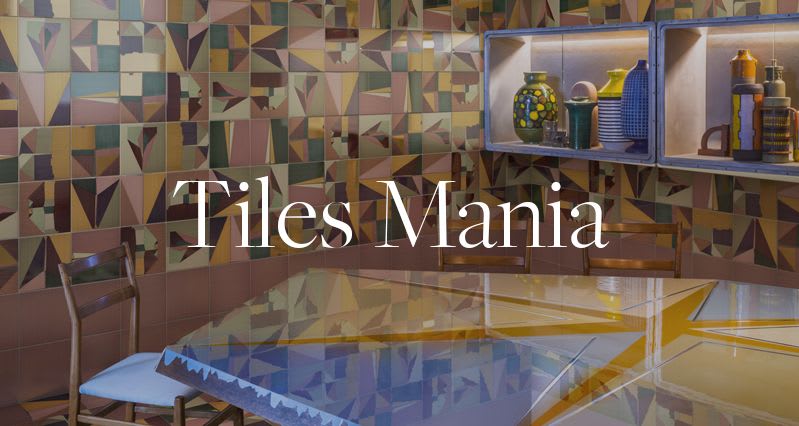 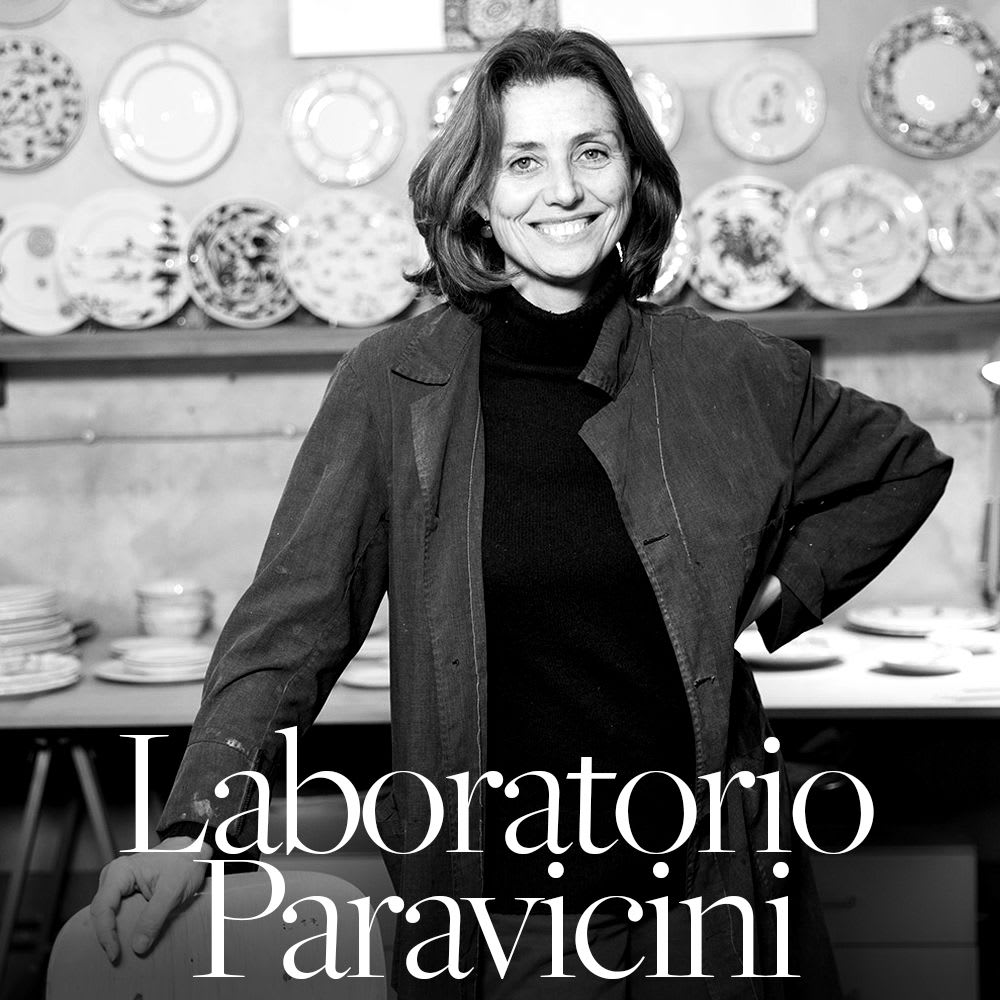 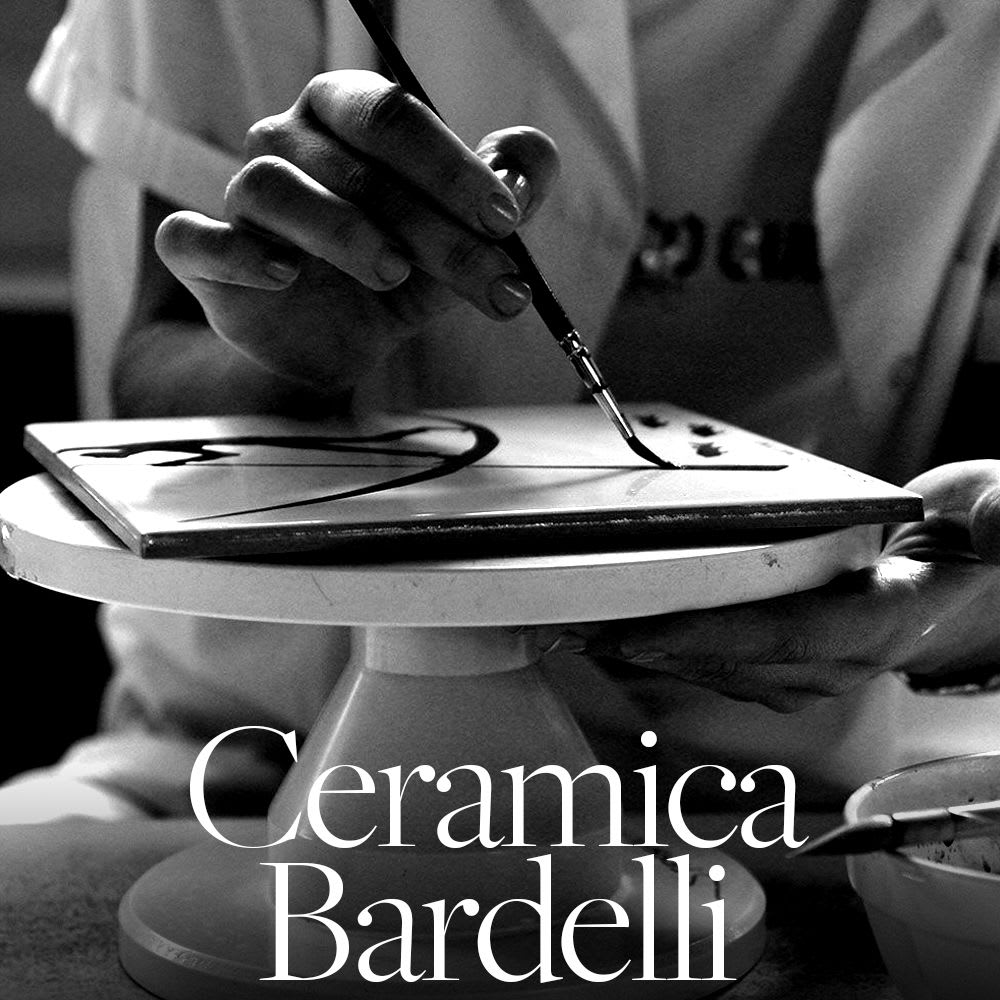 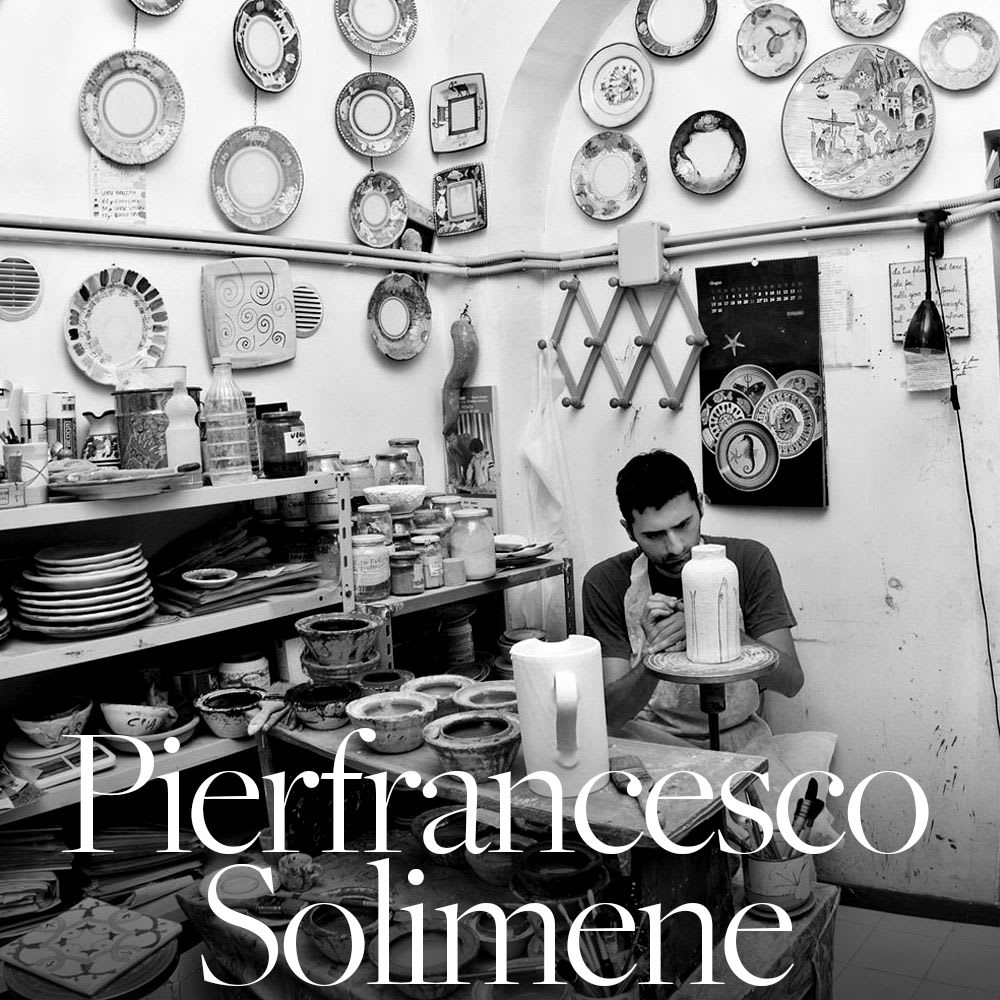 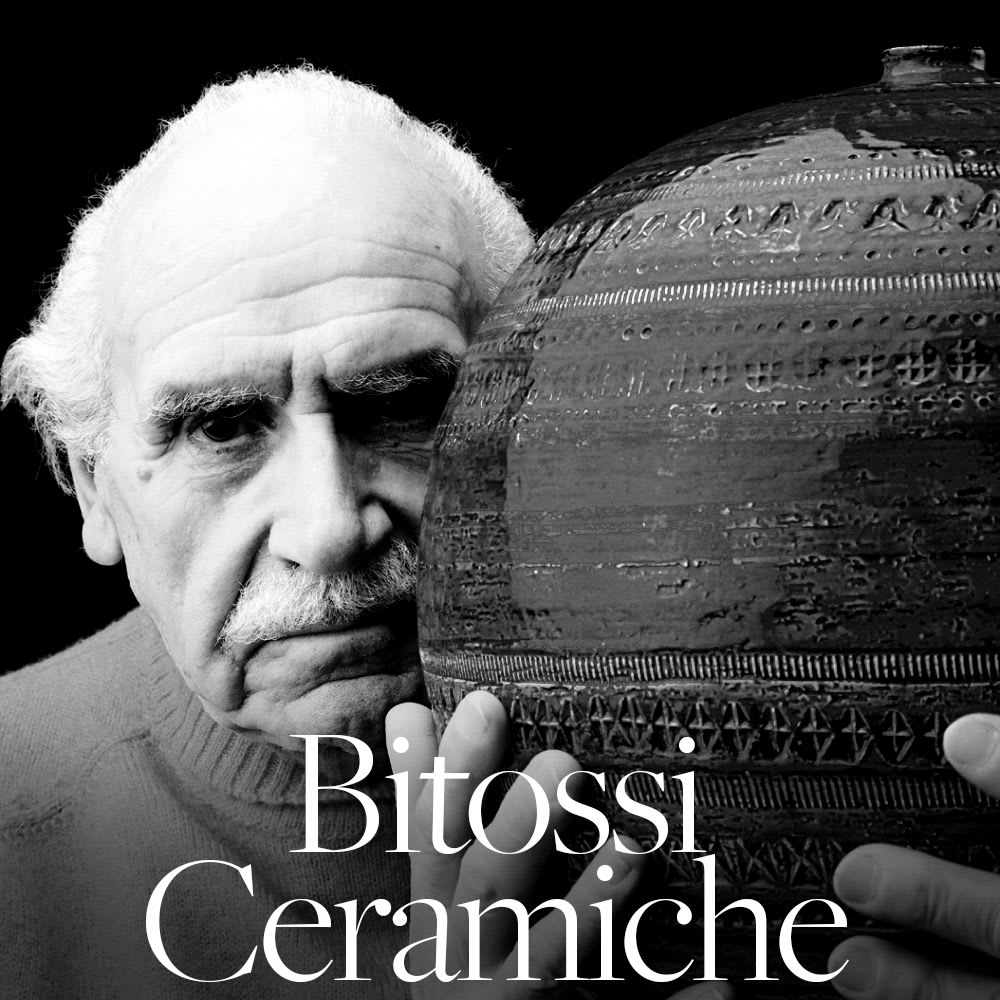 The Norther Italian region of Piedmont has developed over time a ceramic tradition based on the production of everyday objects. Mugs, jars, plates, vases and more all decorated with splendid landscapes, colorful fruits, romantic floral elements, geometric decorations and domestic animals, painted with rapid strokes and touches of bright color. Along with this, Piedmont is renowned for the refined neriage technique, that consists in mixing two or more clays of contrasting colors to create pottery with extraordinary surfaces and obtain polychrome effects. The original Italian name of this fantastic ceramic crafting technique is called “millefiori” from a decorative glass-forming process meaning “a thousand flowers.”

The Italian region of Veneto, in the north-east of Italy, is home to two of the most interesting Italian ceramic production centers: Nove and Este, both located in the province of the city of Padua. Nove, a city bordered to the east by the Brenta river, has become the center of ceramics manufacturing since the eighteenth century. Nove's ceramic production distinguishes itself for the richness of its floral decorations and the brilliance of the enamel, applied to a great variety of objects. The ceramic district of Este also has a very important ceramic tradition and unique characteristics, such as their yellowish color. Here the ceramic traditions has been alive since the prehistory and proof is exhibited at the local Museo Nazionale Atestino, where the history and evolution of Este ceramics craft and look are documented.

In Liguria, since 1400s the town of Albissola began producing hand-made ceramics, creating a tradition of working and decorating clay that is still thriving today. The ceramics of Albisola have been distinguished by the use of the color blue on white, which became known as Antico Savona or Bianco Blu. Through the centuries, other styles and color variations have been integrated to the production, like the Black Ceramic and the Yellow Ceramic. The scenes pictured in the splendid Ligurian ceramics production are biblical, mythological or literary episodes, which were used as models by the artisans. Other decorations consisted in the representation of cherubs or beautiful landscapes, always realized on white and light blue, and, more rarely, in polychromy.

The history of ceramics production In Tuscany boasts a long tradition, since the ancient Etruscan epoch. Pottery tradition has always been very flourishing, and many production centers were established, such as Arezzo, Siena, Sesto Fiorentino, Florence and so on. Montelupo Fiorentino, located only a few miles away from the beautiful city of Florence, is one of the most active pottery centers since the 1300s producing not only everyday items, but also luxury ceramic pieces featuring beautiful and unique Renaissance motifs, Gothic flowers and poetic natural elements.
​In Montelupo there is the new Ceramics Museum, a spacious building where are showcased evocative reconstructions as well as itinerary through the history of the city's ceramics.

In the region of Emilia Romagna, the main site for ceramic production is the city of Faenza. Ceramics is and always been in the DNA of this small city: the term faience comes from Faenza and was originally applied only to ceramic pieces produced in Faenza. In the 14th century, Faenza was already famous for its artwork and has been ever since. The importance of ceramics to this city is also reflected from the presence of the MIC or Museo Internazionale delle Ceramiche, in English ‘International Museum of Ceramics’; where visitors can walk through wonderful rooms full of Greek, Roman and Etruscan ceramics, Renaissance majolica, exotic pottery from Africa and from the Far East, and wares from faraway lost cultures, such as pre-Colombian America.

The entire region of Umbria is known for a production of excellent terracotta ware; however, its ancients ceramics tradition is particularly evident in four towns: Deruta, Gualdo Tadino, Gubbio and Orvieto. Umbria’s ceramic tradition is defined by the “lustro” technique that characterizes the pottery productions of the region. This specific decorative technique is used to obtain iridescent shades of golden or ruby color on the ceramic surface of decorative pieces.

In Campania, Vietri Sul Mare is a center of ancient Etruscan origins, where its tradition of artistic craftsmanship was expressed in the production of tiles. The glossy terracotta was decorated with motifs inspired by the pastoral world and characterized by warm colors. Later, the decorations become more elaborated, starting a flourishing production of floor tiles, called "riggiole".

Apulia is famous for its majolica productions, defined by white enamel enriched by touches of green, yellow and with a glossy finish. The artistic majolica, that is possible to find as decoration in the churches, is the perfect example to confirm the refined manufacturing techniques. One of the most important cities in Apulia for the production of ceramic is Grottaglie, which is part of the 28 Italian cities that have the D.O.C. brand for original Italian ceramic art. What makes the ceramics of Grottaglie particularly famous, are the different phases of the working process: each piece is individually decorated by hand, and the secrets of these handcrafted work of art are passed on through generations.

In Sicily, the most famous production center is Caltagirone. Being rich in clay and wood, Caltagirone has its own production since ancient times. Particularly significant is the development of ceramics applied to the architecture and to the floor decorations shown in several points of the city. A great development in the eighteenth century saw the creation of ceramics of the most varied and bright colors, along with the creation of sculptural elements.