With a career spanning over six decades, Gio Ponti can be considered the developer of modern architecture and modern industrial design in Italy, with a diverse approach ranging from architecture, industrial design, art, and editorial publishing. His unlimited creativity is still today a source of inspiration for many designers worldwide. 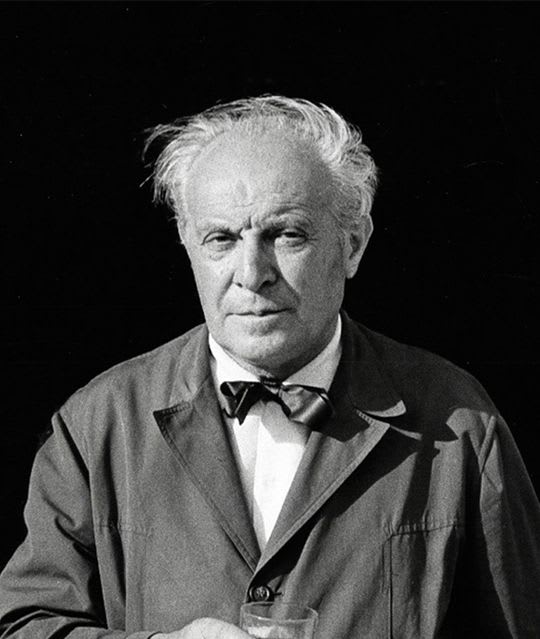 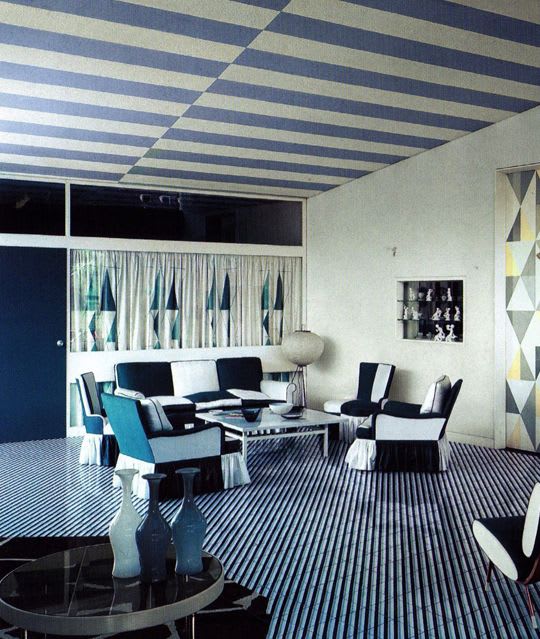 Until 1938, he worked with the renowned ceramics brand ​Richard Ginori, transforming their production process and experimenting with a variety of materials and concepts. This early job in the industrial design sector served as a springboard for further work in the field throughout Ponti’s career, and contributed to the development of his vision of inevitable interdependence between design and industry. With Richard Ginori, he took part in the International Exhibition of Modern Decorative and Industrial Arts in Paris, where he was given the opportunity of his first architectural commission abroad just outside the city.

Meanwhile, he entered a partnership with architects Emilio Lancia and Mino Fiocchi in 1923, culminated in the founding in 1927 of the ‘Studio Ponti e Lancia PL’. These first years of his career, both as a product designer and architect, were heavily influenced by the neoclassical movement “Novecento Italiano” that was flourishing in Milan.

In 1928, as evidence of his unceasing creativity and need for constant innovation, Gio Ponti founded the Domus magazine together with Gianni Mezzocchi, one of the world’s leading magazines in the architectural and interior design field, still being published today.

The 1930s were years of intense productivity for Ponti as an architect, where his approach shifted towards the Rationalism and Modernism movement and the use of contemporary materials and technologies in his projects. The most relevant works of this period are the ten houses he designed in Milan, at first for his family and then for different clients, know as the “Ponti Houses” or “Case Tipiche”. The villa in Via Randaccio was the result of once again his partnership with Emilio Lancia and was conceived in Milan’s cultural circles, centered around a humanist dimension with many neoclassical elements such as typical dentils and entablatures. Additionally, he curated the designing of their interiors, strengthening his passion for product design and further building his vision of the industrial components. The houses are still regarded today as some of the finest examples of Milanese architecture.

At the turn of the 1940s until World War II, Ponti continuously expanded his architectural activity all over Italy with the construction of the Columbus Clinic in Milan and the interior design of the Palazzo del Bo at the University of Padua, famous for his monumental fresco on the stairs leading to the rectorate.

In 1950, Gio Ponti reached the climax of his career as an architect by winning the commission to design the Pirelli Tower, Milan's second skyscraper and tallest in Europe at the time. The collaboration with renowned engineers Pier Luigi Nervi and Arturo Danusso whose technical advice allowed his to experiment event further with the use of concrete and unexpected materials. As the Pirelli Tower attracted worldwide attention as his universally acknowledged masterpiece, international commissions came into Ponti's office, dominating his activity for the rest of the 1960s and 1970s. Among others, his work reached Venezuela, Hong Kong and in 1971 the Denver Art Museum. Between 1960 and 1962 Ponti designed and realized the first Italian Design hotel, the Parco dei Principi in Sorrento. These later years as an architect found him even more searching for transparency and lightness, evolving his approach to the designing of facades with geometric shapes and perforated patterns, far from the rationalism and modernism observed in his early career. 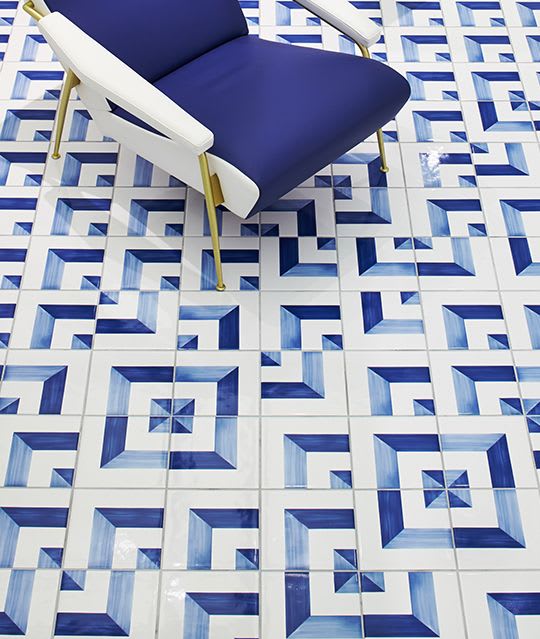 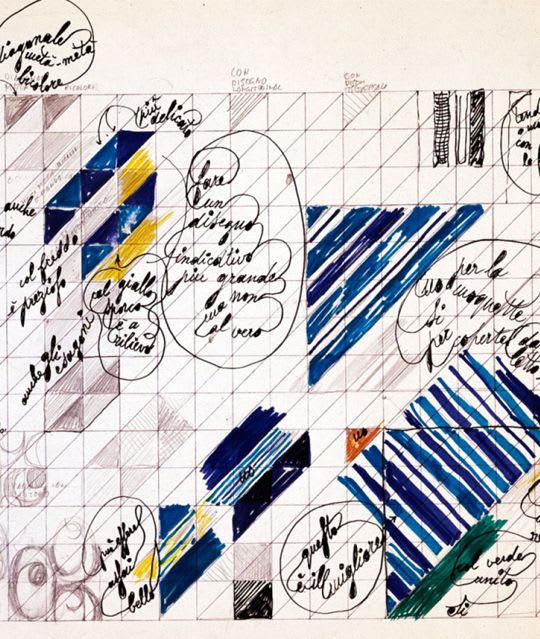 While travelling around the world because of his commissions as an architect, Gio Ponti was always keen on maintaining his activity as and industrial, product and interior designer. His early collaboration with Richard Ginori had given him the opportunity to work closely with the entire chain of production and manufacturing of the single product, from its early stages of design to the final piece ready for distribution. Working closely with the best Italian designers of the time, he completely revolutionized the company’s whole output, beginning with the renewal of the iconographic repertoire based on the classical tradition and then rationalizing the entire chain of production, with his vision of integrating industrial standards to the manufacturing process without compromising its high artisanal standards.

This work was exceptionally relevant not only for the prizes won in Paris for for his ceramic designs, but because Ponti helped in raising the bar for Italian decorative arts modernizing the design and craftsmanship processes of the entire field. His involvement with the Monza Biennale and the Milan Triennale since the early 1920s pushed him further in his exploration of his role as an industrial designer.

The 1930s also saw him become the art director of ​FontanaArte, a brand that would become almost instantly an institution in the design world, for whom he created the now iconic Bilia Lamp and where he experimented again with glass, mirrors and crystals manufacturing, along with classic italian furniture. 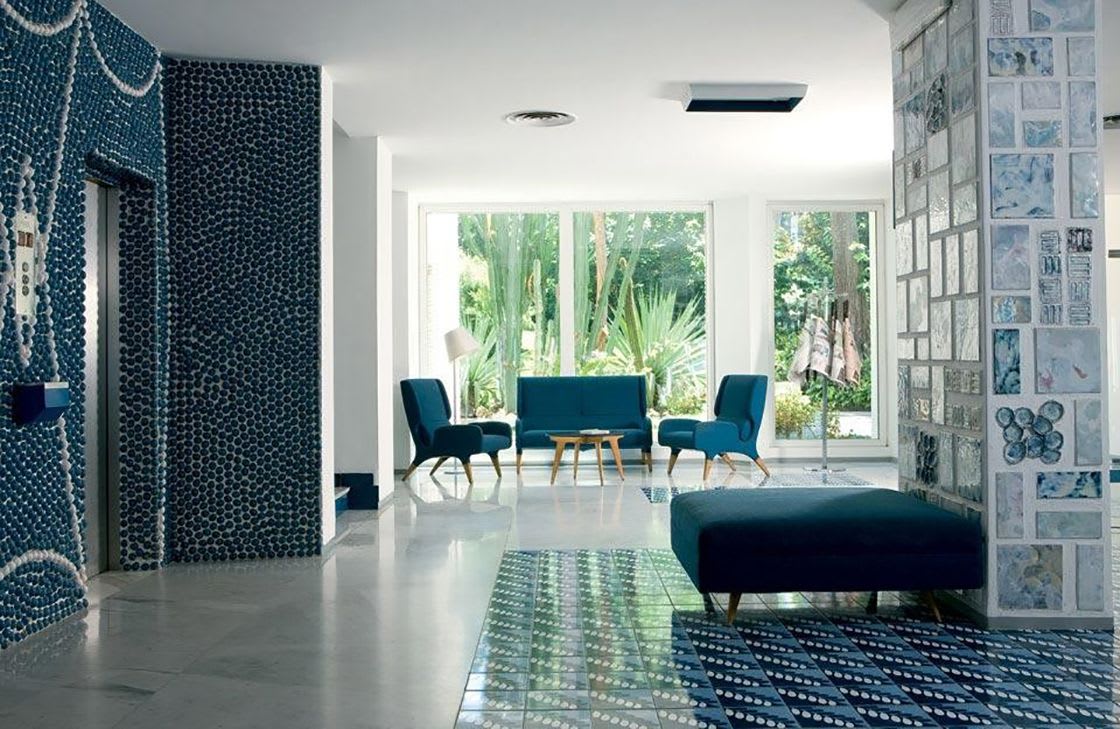 During this time, he designed one of his most iconic creations: his prolific partnership with furniture brand Cassina saw the invention of the two Leggera and Superleggera chairs, two groundbreaking models that are still produced now. Starting from a traditional chair model found in the village of Chiavari, Liguria, Gio Ponti approached the design process with the same attitude he often had with his architectural projects influenced by of Rationalism and Modernism: stripping the chair of any unnecessary weight, shape and material, he reduced the elements to the sole structure of the product, culminating in a minimalistic and highly functional chair weighing only 1.7 kg, while still being incredibly resistant and durable.

In the 1960s, Gio Ponti had definitely blurred the lines between his different occupations, and his career culminated in the architectural and interior design of the first design hotels in Italy: first with the Hotel Parco dei Principi in Sorrento and then with the Hotel Parco dei Principi in Rome, he took care of designing uniquely modern interiors in collaboration with some of the most respected designers of the time like Fausto Melotti and Ico Parisi. Exact replicas of the ​beautiful tiles

In the last years of his life, during the 1970s, he was still getting involved in grand projects such a the Cathedral of Taranto and the Denver Art Museum.

In the 1960s, Gio Ponti had definitely blurred the lines between his different occupations, and his career culminated in the architectural and interior design of the first design hotels in Italy: first with the Hotel Parco dei Principi in Sorrento and then with the Hotel Parco dei Principi in Rome, he took care of designing uniquely modern interiors in collaboration with some of the most respected designers of the time like Fausto Melotti and Ico Parisi. Exact replicas of the beautiful tiles

In the last years of his life, during the 1970s, he was still getting involved in grand projects such a the Cathedral of Taranto and the Denver Art Museum.

When looking at his life accomplishment, it’s hard to try and define Gio Ponti’s style. His early years spent with neoclassical influence in Milan later turned in a tendency to follow the strict rules of Rationalism and Modernism, while his later years saw his evolution as a innovative architect, committed to a more personal research of style and materials.

Innovating and conveying his knowledge had always been two of his prerogatives: his role in the steering committee of the Monza Biennale, that he later moved to Milan and renamed Triennale, heavily contributed to the introduction of modern movements and architects such as Modernism and Le Corbusier to the Italian public. From 1936 to 1961, he worked as a teacher and lecturer at Politecnico di Milano, the same university where he graduated years earlier, and his editorial activity as a founder of the magazine Domus first and then Stile had put him in the position of true design and architecture connoisseur.

In 1975, he published Amate l’architettura (In Praise of Architecture), gathering his definitive view on forma finita (finished form): the final dimension of any architectural or design work was to be “simple, light, and did not allow any possibility of extension, addition, repetition or superposition”. This essential and powerful definition works perfectly as a summary of Gio Ponti’s vision, and works as a fil rouge for his incredibly varied production throughout the years.

Walking through Milan, from the houses in via Randaccio to the Brera and Lambrate district, passing by the Evangelical San Luca Church and admiring from the street the majestic Pirelli Skyscraper, is easy to imagine how the vision of such an influential master of the arts would spread from the Italian city all over the world; by contaminating every commission with his true Milanese spirit, Gio Ponti’s legacy as a prolific architect and designer still shapes the way we see and live the world around us.