​Ettore Sottsass, renowned Italian architect and designer who brought bold colors and an innovative contemporary style to everyday items, creating iconic postmodern furniture. Explore a selection of iconic decorative objects he designed for Bitossi Ceramiche and Ceramica Gatti and the statement pieces that made the history of the Memphis Movement in Milan. 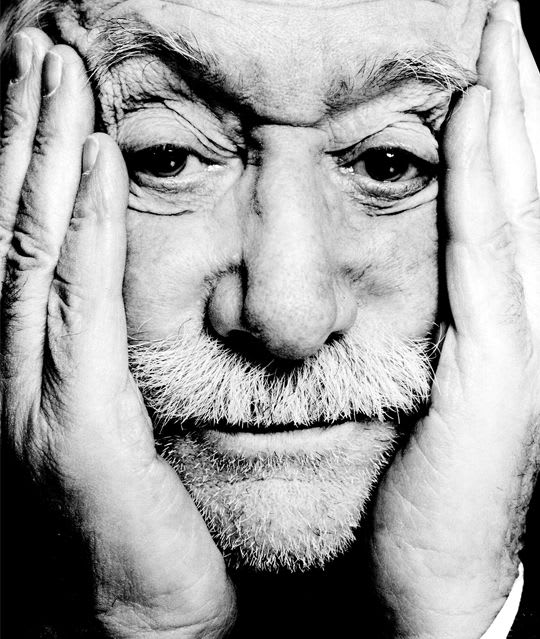 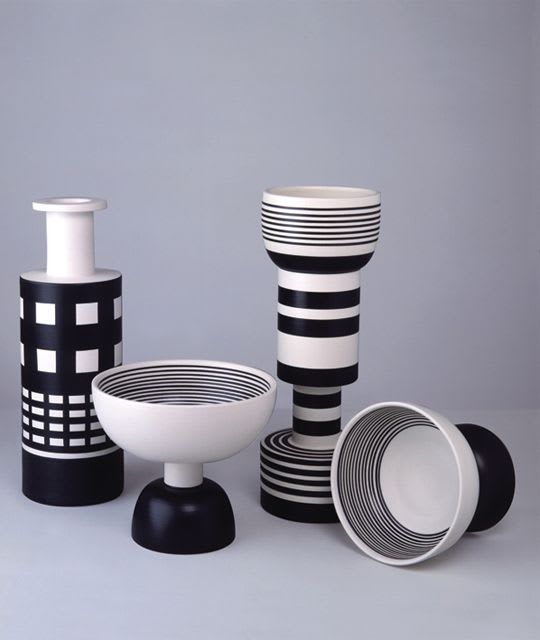 Exposed to the world of architecture since a young age, as his father himself was an architect, he grew up in Turin where he graduated from the Polytechnic University in 1939 before serving in the military during World War II and spending years in a labor camp in Yugoslavia. After returning home, he worked in his father’s studio renovating buildings that were destroyed during the war, before founding his own practice in Milan to focus on working with different means such as ceramic, painting and interior design.

In Milan, he immersed himself in the vibrant cultural landscape of the city, attending the literary salon that would allow him to meet with the illustrious architects and designers of him time, and married writer and translator Fernanda Pivano. She introduced him to the literary society of the city and to many writers and artists that would later influence his work beyond his initial approch to industrial design.

During his early years, he was first a member of the International Movement for an Imaginist Bauhaus and later moved briefly to New York City to work with industrial design and Modernist George Nelson. He was then commissioned by entrepreneur Irving Richards a exhibition of ceramic works, a medium he had been pursuing since the beginning of his career and that was quickly launching him into international recognition for his originality and creativity.

​In the 1960s and 1970s, Sottsass travelled extensively through India and the United States in search of new inspiration while still working for Olivetti. The experience abroad deeply influenced his new line of work, producing more sculptural pieces such as large altar-like ceramics and some more abstract concepts, like his radical sculptural gestures named “Superboxes”, intended as a critique of the product in a consumer contexts. These playful, bold and colorful designs were driven by his early rejection of consumerism and its dangerous attitude, and anticipated in a way the creation of the Memphis movement a decade later. He dived deeper in this experimental phase by collaborating with the younger generation of designers that was starting to come out in the Milanese design scene, such as Archizoom Associati, the Radical movement and Superstudio.

As Adriano Olivetti resigned and passed along the company to Roberto, Sottsass was proposed the position of artistic director; he refused and created the Studio Olivetti, an independent center of design that became an instant landmark for an innovative approach to strategic research and industrial design.

In 1972, he was chosen to represent Italian design by Emilio Ambasz at the majestic MoMA exhibition “Italy. The new domestic landscapes”, followed by a number of solo shows in the design capitals of the world such as New York and Berlin. His prototype “Micro Environment”, a system of plastic containers for home furnishings, allowed the construction of a home environment in a modular fashion, completely adaptable and customizable to the needs of the home owners.

Using asymmetrical shapes, bold and abstract decoration and the complete detachment from the early Functionalism and Rationalism led Memphis to be described as a “shotgun wedding between Bauhaus and Fisher-Price”, a combination of unusual and disruptive approach to design and the playful attitude of children’s games. Other influences include Art Deco, Futurism and Pop Art, merged in a unique way and with stunning results, and the idea that design should be a symbolic, emotive and ritual practice. The brand later founded the Post Design Gallery, established in 1997 in Milan, to collect the original pieces designed by the households names as well as less-known personalities, in order to give visibility to young and emerging designers that wished to adopt Memphis’ aesthetics in their work. 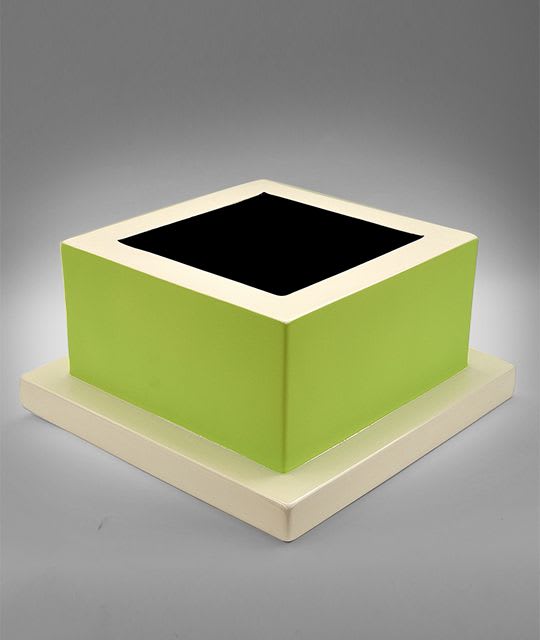 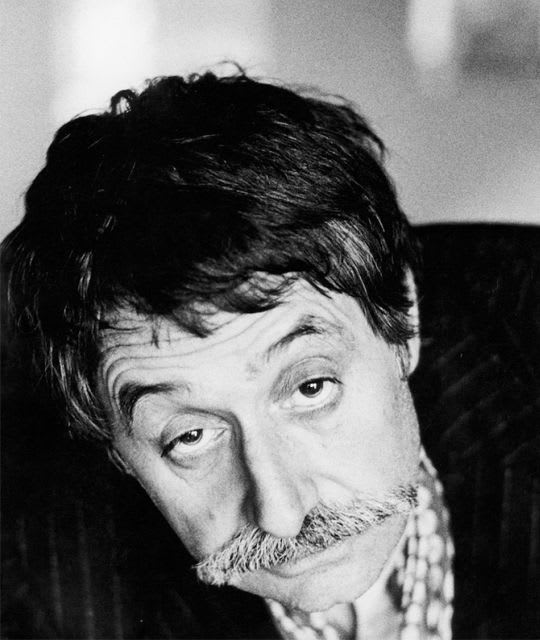 Small Round White and Light Blue Vase by Ettore Sottsass

The Memphis group was active from 1981 to 1988, producing a vast number of limited-edition pieces are still sold today and can be found in many international museums, as a recognition of the incredible impact they had on the design world.

While primarily and architectural practice, Sottsass Associati ventured also in store and showroom designers, developing design concepts for iconic brands such as Esprit and Fiorucci. Ettore Sottsass applied the same principles of out-of-the-box thinking to these works, culminating in the opportunity to design the interiors of the Milanese airport Malepnsa in 1994.

His activity as a designer and architect continued until 2009, the year of his death. Today, Sottsass’ work can be found in the permanent collections of international museums, including the Metropolitan Museum of Art, the Centre Georges Pompidou and the Victoria & Albert Museum.

Design historian and critics have weighted in on the figure of Ettore Sottsass and the impact he has had on the modern field. Many iconic designers can be instantly recognized by some of their most important works and pieces, but with Sottsass what remains of his numerous life achievements is his approach to the discipline: long identified as the rebellious, distruptive designer, his constant dissatisfaction with industry standards and rules and the continuous rejection of trends and fashion, he pushed the boundaries of creative processes to the extreme. 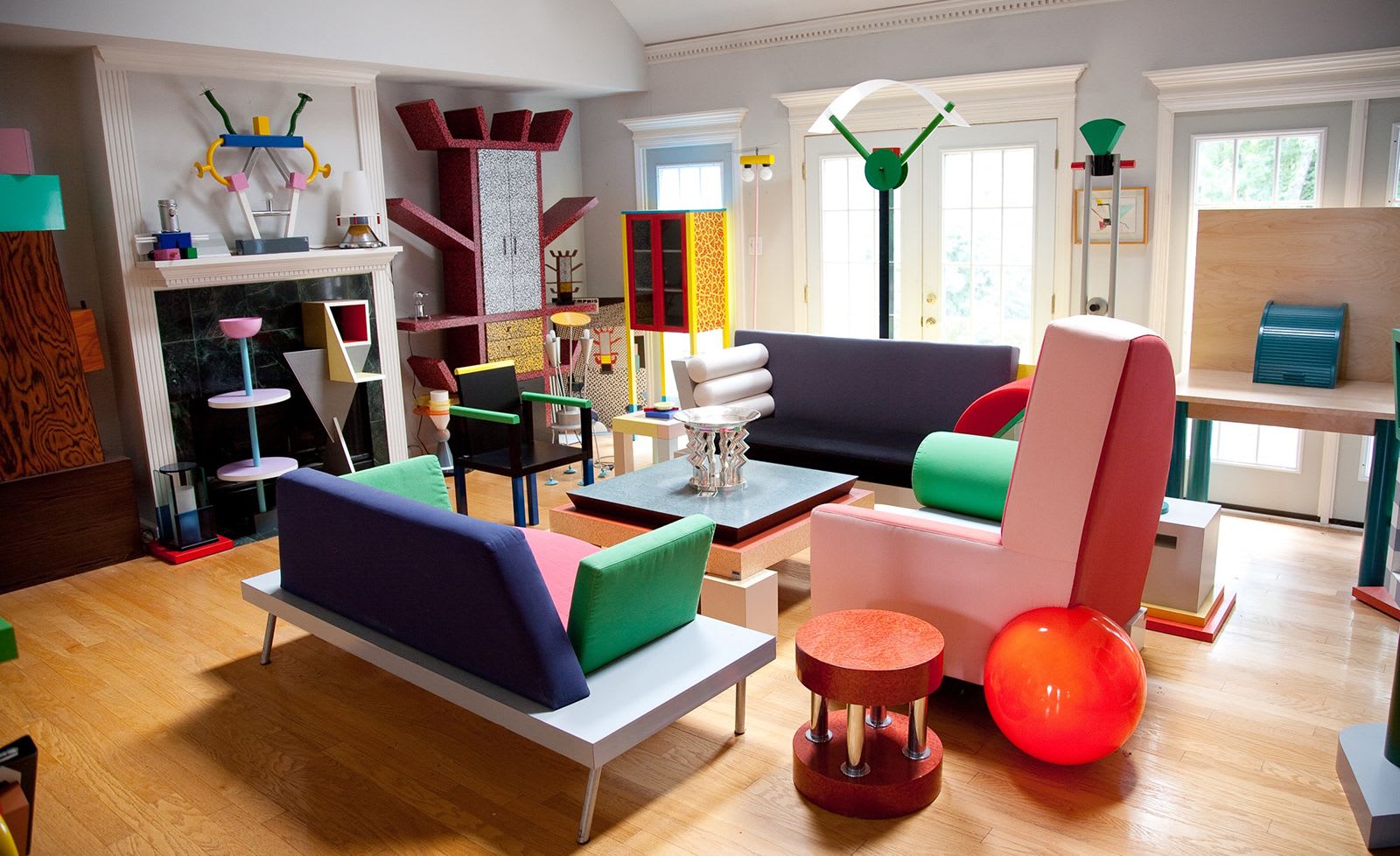 View of Dennis Zanone home, who owns one of the most famous collections of Memphis design.